‘Bureaucracy is the enemy of democracy’

‘Bureaucracy is the enemy of democracy’ 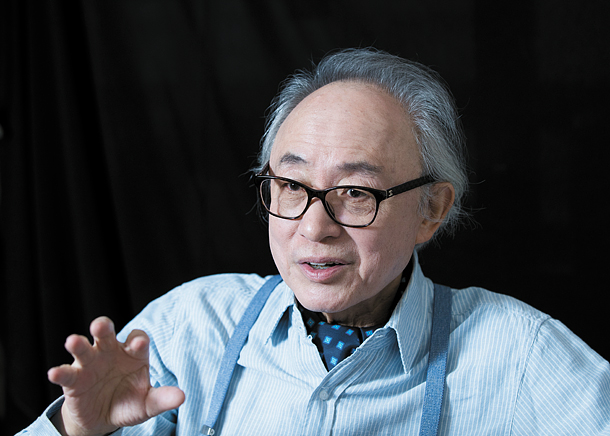 The top authorities weren’t the only group of people who angered the public in the Choi Soon-sil scandal. The other group that was equally disappointing and frustrating was the bureaucrats.

But all of the tampering that Choi Soon-sil and her cronies were able to conduct was only possible with the cooperation of the public servants who gave their approval and acceptance.

The public servants helped cloak all the illegal activities and manipulation of the laws.

Why did the bureaucrats keep silent? Did they believe it was for a good cause? Were they soulless, or were they thinking they might get promoted?

These are people who lived their lives with pride at being Korea’s elite; treated exceptionally for their academic achievements and passing one of the hardest public exams to become public servants.

Yet why are bureaucrats so lethargic? They maintain their unusual survival skills, which is to lay low and remain alert only to the characteristics of the new administration. Is reform a far-fetched idea for a bureaucratic society?

In the hopes of understanding this problem, the JoongAng Ilbo met with Seoul National University professor emeritus Kim Kwang-woong.
The 76 year-old scholar said one of the biggest delusions is the belief that bureaucrats are there to serve the public and to solve difficult problems.

“We need to pursue a ‘sharing government’ where we accept the limits of the bureaucratic system and pass on many of the government functions to the private sector,” Kim said.
The following is an excerpt from the interview.


Q. They say public servants should remain neutral. But when you look at the current situation [where a citizen without any qualification has tampered in state affairs] it seems the actual form of bureaucracy is opportunist in nature, right?

A. It’s dangerous to criticize everything just by looking at part of a problem. However, I agree that the public servant society has the attribution of being an opportunist. No matter how smart a person is, once they join the government, they become foolish. Bureaucrats are people who establish standardized regulations and then focus only on the goal that they have set. Even when an unexpected factor emerges, they have no interest in controlling the change because it is more efficient to get promoted when you don’t work and be criticized for it than to risk trying to solve a problem.


Then, is bureaucracy the problem?

Let’s look at the Sewol ferry situation. The government promised to get rid of such bureaucracy. They announced the disbanding of the Coast Guard [for its lack of commitment in saving the passengers]. But they only took down the banner, while still doing the same work under a newly formed department called the Ministry of Public Safety and Security.

Even when the Middle East Respiratory Syndrome broke out, [the government] came up with a measure of promoting the head of the Centers for Disease Control and Prevention (CDC) to a vice minister level [to impose greater responsibility in handling the crisis more effectively and efficiently].

Every time a problem emerges, the government finds a justification for creating a second and third department, while giving promotions, which results in further expanding the government. This is bureaucracy.


Yet isn’t bureaucracy the only system that tries to guarantee fairness, rationality and efficiency?

In part it’s true, but only in textbook terms. They say the only group that will last when the world collapses is the bureaucrats. It means that they are needed to take care of the mess. But it also means that’s how tenacious bureaucratic groups are.

Former President Lee Myung-bak said public servants are those who are experts in making reports that feel good. The enemy of democracy isn’t communism, it’s bureaucracy. The idea that the government is protecting fairness is an illusion. Most bureaucratic groups are self-interested. We cannot get rid of regulations because so many are intertwined. The damages caused by bureaucracy include immobility and departments’ self-interest.


Where should we start reforming?

Mass production and mass consumption have already depleted their usefulness, and in the 21st century, society places importance on individuality and small but varied production. Our values of monopoly and ownership are quickly changing. And most of all consumers are becoming smarter. When given problems they solve them flawlessly. This is because of the way they obtain information, and distribution doesn’t fall behind [large corporations]. Such was proven during the candlelight vigils.


What kind of government functions should move to the private sector?

The idea of disclosing public information is to share the work of national management with the public. The government should still be in charge of areas that need absolute government control such as national and public security, as well as diplomacy, but in other areas such as education, tourism and culture, it should be transferred to the private sector.

Some of the specific projects should be commissioned to civic organizations, companies and schools as a trial run. We’re in an era of decentralization and participation.

Even in politics, there’s a movement away from the past unchallenged support of affiliated parties, while emphasis on governance, where the decentralization of power is considered a new model of managing the country, is surfacing.

Sharing government will not only overcome the limits that parliamentary democracy faces, it will also adopt some of the qualities of direct democracy. This is the meaning of governance.


What could be another example of a sharing government?

Last year the government allocated 11 trillion won ($9.2 billion) to projects supporting R&D. The government is busy handing this out. Most of the government subsidy projects work in a similar fashion. Their priority is not to get criticized for coming up with results. If Samsung led the R&D businesses, wouldn’t this lead to the creation of Korea’s own Silicon Valley?

If KT built colleges, wouldn’t it be better than Seoul National University? If the government started letting go of some of the power that government departments still clutch on to, such as giving the Korea Trade-Investment Promotion Agency (Kotra) independence from the Ministry of Trade, Industry and Energy or abolishing the college policy bureau at the Education Ministry, we could see immediate effects.


Wouldn’t there be special favors? How would it be different from small government?

Not all of the government’s jobs should be transferred to private companies. There are also civic groups and volunteer organizations. The progress should be made gradually.

Also, “small government” means downsizing the expansive government functions. But it is still based on the vertical mindset where the government still governs the public.

On the other hand, a sharing government is a concept of horizontal governance. The targets are areas where the government and the private sectors’ roles overlap.

The financial institutions are privatized. Yet in reality, behind the curtains the top managements are still under heavy influence by the government, particularly from the Blue House.

We need to end such falsehoods with the Park Geun-hye administration. By making the subject responsible [for management decision], we would be able to reduce any controversy surrounding favoritism.


Since even the matter of constitutional reform is divisive, will a “sharing government” be feasible?

It is more important than constitutional reform. The ideology that the law can solve everything when complicated issues emerge is dangerous. [French philosopher] Michel Foucault also made similar remarks. [He said] prison makes sinners and hospital creates patients.