Fate of the next president

Fate of the next president 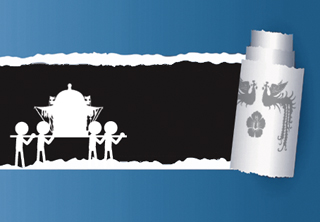 The University of Wisconsin-Madison’s 2010 experiment warns that the use of Botox affects processing of emotion. Test participants could not express anger or grief as their facial muscles were paralyzed. When the face became stiff, an MRI scan showed that the brain was slower to process the emotion. “People who get Botox are perceived as less likeable,” the study, “The Power of Others” by Michael Bond, concluded.

Xanax, which was on the list of drugs purchased by the Blue House, is an antidepressant that makes the user less alert. Was Park unable to bear the weight of the job? In the presidential system, the emotional state of the president is bound to affect others, and it was only a matter of time before she ruined communication and state administration.

The position of president is responsible for taking care of 51 million people, a 400 trillion won ($334.5 billion) budget and selecting and appointing more than 3,000 senior civil servants, including 130 ministers and vice ministers. The contest of desire and struggle for the position has already started. I am sorry to ruin the mood, but the next president is likely to walk the roughest and most gloomy path.

Since 1987, Korean society has been suffering from chronic fatigue of the president. The next president will be the last to ride on three decades of fatigue. The imperialistic presidency is collapsing like the crucial block removed from the Jenga game as it does not work with the 21st- century civil society. In terms of voting turnout times votes earned, six presidents from Roh Tae-woo to Park Geun-hye had been supported by 30 to 39 percent of the people. From the beginning, more than half of the people were not happy. Biased appointment or policy means plummeting approval rating. Roh Moo-hyun was accused of neglecting the Honam region, and Lee Myung-bak favored those with academic, religious and regional ties. Park Geun-hye depended on those who had helped her father and made decisions based on her notebook. What weakens an administration is the discontent of the other camp.

Candlelight is also a liability for the next president, who is expected to bring down the old system and build a new nation. The candlelight that ousted the emperor is already equipped with inertia. As soon as the new president misrules, the candlelight will turn into a beast and pursue the prey.

Please don’t expect consideration for the new president or a six-month honeymoon. No reporter would be nice enough to correct Kim Young-sam’s “Uruguay situation” to “Uruguay Round,” smile at President Kennedy’s wink after an affair is caught, or endure a Blue House secretary’s criticism for not asking scripted questions. The media are eager to boost ratings by strictly vetting the candidates.

Because of the long lack of communication by the imperial president, the influence, honor and aura are moving to another corner of society. People are more interested in what media stars and celebrities like Rhyu Si-min, Jun Won-tchack and Kim Je-dong say. The next president is easy prey to television programs and social media that are becoming more and more political.

Will it be a flower palanquin or a bier? The decisive factor is the division of power and pledge for unity. These values call for sacrifice and devotion of the president. The best outcome would be voluntary reduction of the term and constitutional revision for division of power. If it cannot be done, he should pledge that he would become the king of persuasion and communication.

A son of progressivism or an heir of conservatism won’t be enough to serve the presidency. The next president should promise to ease regulations and promote autonomy, empowerment and accountability across the society. If one cannot promise these, he should humbly give up the ambition for all Koreans tired of an imperial president. No one wants to see themselves in the miserable latter days like Park.