Akdong Musician are growing up : On latest album, the brother and sister duo explore new emotions

Akdong Musician are growing up : On latest album, the brother and sister duo explore new emotions 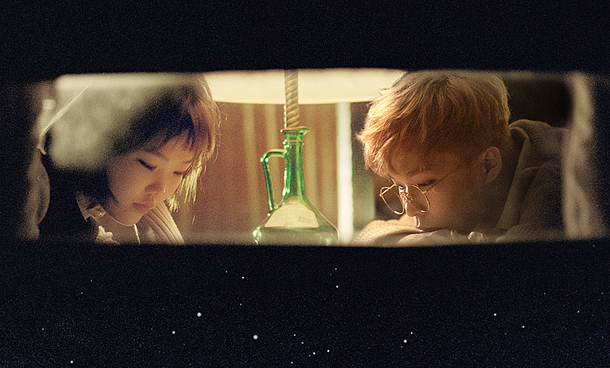 Akdong Musician’s latest album, “Winter,” has the duo’s signature wit and sensitivity, but also shows the pair has matured over the years. [YG ENTERTAINMENT]

Since folk-pop duo Akdong Musician first appeared on the stage of an audition program in 2012, they have clearly set themselves apart from other teens aspiring to be singers.

The talented siblings, who were homeschooled in Mongolia, wrote creative and smart lyrics, in addition to displaying a unique sensibility that’s youthful yet sophisticated.

Their latest album, “Winter,” comes with their signature wit and sensitivity, but it shows that they’ve matured.

Lee Chan-hyuk, 21, says he feels extremely attached to the album as he loves each and every song. Lee composed and wrote all eight songs on the record. “I feel like I’ve taken a part of my life and put it on the album,” Chan-hyuk said. “Su-hyun sang those songs well.”

His younger sister Su-hyun, who is 18, said that their lives so far are quite similar. “I know that some lyrics on the album are about [Chan-hyuk’s] past and I also know what the situation was like then. So I instill my emotions in it when I sing. That’s why I feel that we are making music together.”

Ilgan Sports, a Korea JoongAng Daily affiliate, talked to the pair recently about their critically-acclaimed album. Below is an edited excerpt.

A. Chan-hyuk: I do feel that our singing and rap abilities have improved. Some people have said that Akdong Musician’s signature raw and untamed feel is gone. But we plan on making music that’s diverse and pure in the future.

What did you focus on the most for this album?

Chan-hyuk: I feel people’s interest in music has declined. There are many things to care about and that worry people. I hope music will heal. I kept that in mind. Also Korean people tend to listen to melodies rather than enjoy the lyrics. I worked hard on the lyrics, so I hope people will notice them first.

Chan-hyuk: I’m not wired but I know I’m different. There are times when my thoughts go out of the “normal” territory. I have my own world and I am stubborn in terms of music.

Su-hyun: Chan-hyuk is not a bad person but because he doesn’t like to compromise, there are times that he causes misunderstandings. I tend to mediate when that happens.

It seems you have many thoughts. Is that so?

Chan-hyuk: Yes, and I think it’s good for making music. All my thoughts become music. I’m sentimental and Su-hyun is rational.

Su-hyun: I agree. Chan-hyuk has many thoughts and I’m thoughtful. (laughs)

You also seem very observant. Do you agree?

Su-hyun: I don’t think we are special. But we did grow up making music with things that we would’ve forgotten when we become older. I think everyone, when they are young, has whimsical, wild curiosity and imagination. It’s funny because I think Chan-hyuk still has those.

Which do you think comes first, melody or lyrics?

Chan-hyuk: For me, lyrics is more important. I think it’s a work of art. When a lyric is done, I want to frame it and hang it on the wall. For melody, I think it’s hard to make it both artistic and popular.

Su-hyun: I like melody more than lyrics. I guess I’m less artistic. I’m closer to any listener in that sense.

I heard “Last Goodbye” is about [Chan-hyuk’s] personal experience. Tell us more.

Chan-hyuk: I wrote it when my emotions were at their peak. It’s so romantic and I like it so much. I made a recording and played it to no one. I listened to that recording a few days ago, and I found myself sobbing and singing along.

Are there many songs that you have made that have not been released?

Chan-hyuk: Yes. I used to number the songs. But now there are so many, it’s hard to keep count. Also, some are co-written, so it’s become vague. I think there are about 100 songs I wrote and have yet to be released. Eighty of them are useable, I think.

Do you talk to each other often?

Su-hyun: We pretty much know everything about each other. We don’t talk about every little thing, but we spend most of the day with each other.

Chan-hyuk: I see Su-hyun even when I close my eyes. I don’t like it how even in romantic situations, Su-hyun’s face appears.

Do you wish to be adults soon?

Chan-hyuk: Actually, I want to be young always. Even when I get old, I hope I still find it amazing how people move their arms and legs. I hope I never think, “Why did I think that when I was young?”

Su-hyun: Since Chan-hyuk wishes to remain young, I want to be mature. I think some times we have to be opposites to keep things in balance.

How would your lives turned out if you didn’t appear on K-pop Star?

Chan-hyuk: I would be just like my friends: Attending college, wondering what I should do after I graduate, and leading an average life complaining about this and that.

Su-hyun: Chan-hyuk began writing music during K-pop Star, but I loved to write even before that.

I think he might have become a writer. I think I would be in musicals, since my dream was to become a musical actress.

What kind of singer do you aim to be?

Su-hyun: I want to be a singer that makes people happy and gives them energy.

Chan-hyuk: There are certain musicians whose name always pops up when people talk about a certain era. For instance, there are singers Kim Gwang-seok [who represent the late 1980s to early 1990s] and Lee Juck and J.Y park [of the late 1990s to early 2000s]. In the future, when people are asked to pick an artist of today, I hope they think of Akdong Musician.