AmorePacific sets up shop in the Middle East

AmorePacific sets up shop in the Middle East 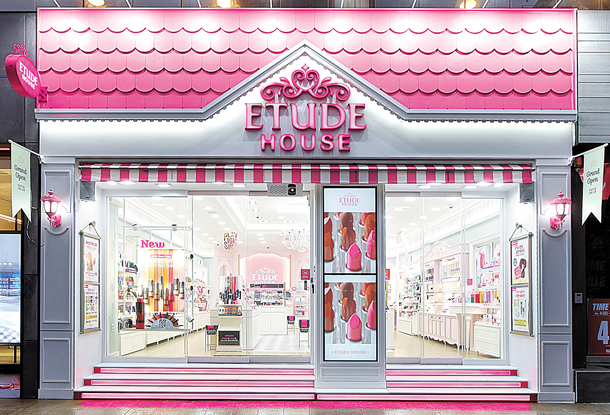 Etude House, shown in Gangnam, will open a store in Dubai in the second half. [AMOREPACIFIC]

AmorePacific is making strategic moves to step into the Middle Eastern market.

The cosmetics leader signed a partnership deal with the biggest retail company in the region, Alshaya Group, last month to export its products, the company said Wednesday.

The first brand to be exported will be Etude House, which will open a store in Dubai in the second half. More brick-and-mortar stores will be established around the Gulf Cooperation Council including in Kuwait, Saudi Arabia, Qatar and Bahrain.

The Emirati city is AmorePacific’s center for the Middle Eastern market. In May, the company established a regional office in the Dubai Design District, an economic area dedicated to design, luxury and fashion companies.

The company’s Middle Eastern partner Alshaya Group is in charge of regional business for more than 70 global brands such as Starbucks, H&M and Victoria’s Secret. It will provide guidance on distribution channels and opening branches.

“We noticed an increasing demand for K-beauty in the Middle East, and I’m glad we’re opening a way to spread our beauty products to the area,” said the company’s chairman, Suh Kyung-bae.

Although Wednesday’s plan is the first concrete look at its business in the market, AmorePacific had hinted numerous times about its intentions to expand in the area.

Korean cosmetics companies are under pressure as the government’s relationship with China is cooling over the deployment of a U.S. missile defense system. Cosmetics was an industry expected to be hard hit as China is the biggest consumer of Korean cosmetics with 40 percent of entire exports.

Last week, 19 of Korea’s products sold in China made the list of 28 cosmetics that failed to satisfy the country’s import guidelines and banned for sale in the mainland. Although Chinese authorities did not mention the missile defense system Thaad, industry insiders and analysts speculated that the measure was part of the backlash for the decision. AmorePacific stocks were heavily affected and plummeted to a 52-week low of 293,500 won ($245) on Tuesday on the news.

Set aside the issue with China, the Middle East has been referred to as an attractive market for global beauty brands. Market research firm Euromonitor said that the beauty market in the Middle East is expected to post annual growth of 15 percent to reach $36 billion in size by 2020, the biggest market increase and double that of Asia’s 7 percent.

The advantage that Korean brands have over other global companies is the popularity of Korean culture in the Middle East. Television series are the most well-known examples of Korean entertainment content in the market. The television series “Dae Jang Geum” posted a 90 percent viewing rate in Iran when it launched there in 2007.

Some Korean cosmetics brands have already seized the opportunity to enter the market.

LG Household and Health Care’s brand The Face Shop launched in Jordan in 2006 and has 55 stores in the Middle East. Tony Moly went to Saudi Arabia in December 2015. It has five brick-and-mortar shops and also placed products in 32 of global beauty retailer Sephora’s stores.