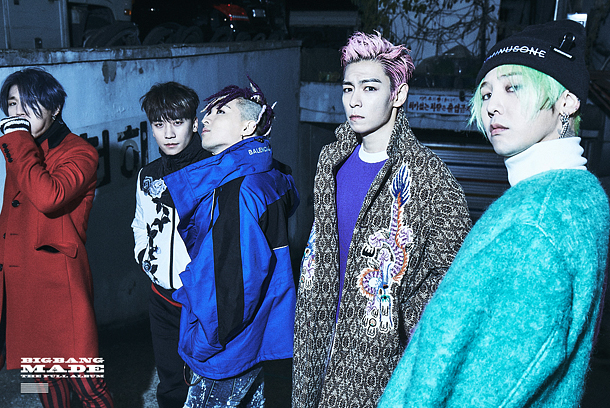 Boy band Big Bang is marking the temporary end of their live performances as a five member group on an upcoming episode of the SBS music show “Inkigayo.”

“Big Bang is preparing a special performance of ‘Last Dance’ on ‘Inkigayo’ airing on Jan. 15,” said their agency YG Entertainment on Thursday. “This will be their final performance [of the single].”

The members have been announcing their intentions to start their mandatory military service since last year. Band member T.O.P will be the first to go, as he is starting his service on Feb. 9.

The group recently released their third studio album “Made Full Album” on Dec. 13, topping charts worldwide. It was their first full-length record in eight years, and the lead single “FXXK IT” became the weekly winner on “Inkigayo” for three consecutive weeks.

The boy band recently wrapped up their two-day concert at the Gocheok Sky Dome to a sold-out crowd on Sunday.