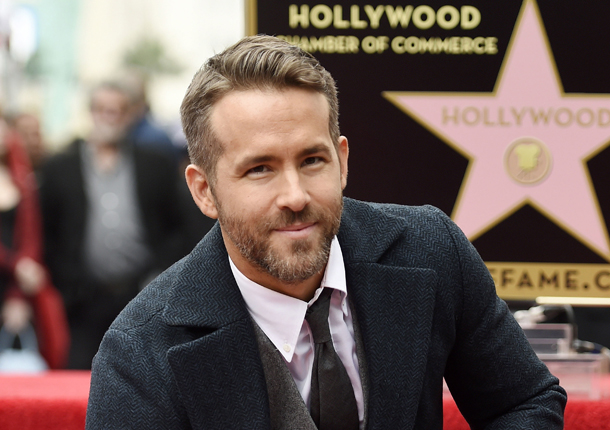 The award is presented annually to performers who have made lasting and impressive contributions to the world of entertainment.

“Ryan Reynolds is one of Hollywood’s most diverse leading men seamlessly transitioning through varied genres of drama, action and comedy in his rich and ever evolving career,” the group said in a statement.

Reynolds is scheduled to be roasted and receive his pudding pot on Feb. 3.

In addition to “Deadpool,” the Canadian-born actor has appeared recently in “R.I.P.D.,” “Mississippi Grind” and “Self/less.”

He stars with Jake Gyllenhaal and Rebecca Ferguson in the science fiction movie “Life” and with Salma Hayek and Samuel L. Jackson in “The Hitman’s Bodyguard,” both due out this year.

He serves on the board of directors for the Michael J. Fox Foundation for Parkinson’s Research, and in 2007 raised more than $100,000 when he ran the New York City Marathon in honor of his father, who has Parkinson’s.

The 2017 Woman of the Year hasn’t yet been announced. Hasty Pudding traces its roots to the late 1700s. AP