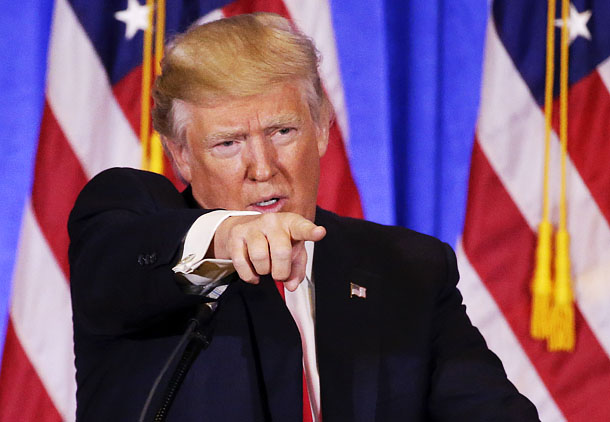 Expressing a complicated issue with a short sentence is not easy. You have to carefully choose what to say to convey the point, especially so when the number of characters are limited. Twitter, founded in 2006, is one of the pioneers in social networks and began with the limitation of 140 characters. Users can exchange messages quickly and with the distribution of smartphones, Twitter grew quickly.

But other services that started later caught up, due to limited space and content utilization. Three hundred million people use the service every month, about a sixth of the number of Facebook users.

But Twitter is the “mouth” of the world, thanks to U.S. President-elect Donald Trump. In March 2009, Trump signed up for a Twitter account, @realDonaldTrump, and has sent more than 34,000 tweets. He is charmed by the magic of 140 characters. It is not clear whether Trump tweets himself. The Associated Press has reported that his aides tweet based on what Trump says.

Trump’s tweets are negative, but the number of his followers grows daily. After his presidential election victory, the number of followers increased by 20 percent and is close to 20 million. So, more people have to pay attention to his unexpected tweets. Trump tweets two to 10 times a day, sometimes addressing major issues like Cabinet choices, criticism of Toyota and GM and the enhancement of U.S. nuclear capacity. Amazon CEO Jeff Bezos, who had been confrontational with Trump during the election campaign, was pressured to create 100,000 regular jobs. Pride has no place before power.

In the weekend before the inauguration, Trump remained rough. “It is time for Republicans & Democrats to get together and come up with a healthcare plan that really works — much less expensive & FAR BETTER!” he tweeted. He declared he would repeal the Affordable Care Act, one of the major accomplishments of President Barack Obama. It is not a nice way to send off the predecessor.

About 64 percent of U.S .citizens oppose Twitter politics, but Trump does not budge. It is unclear if he has the wild negotiator’s instinct to attack and question others without context or explanation, he really wants to communicate with the citizens and the world, or if he is practicing dangerous populist politics lacking process and reason.

Presidential hopefuls in Korea should not mimic Trump’s style. The use of social network by leaders could be helpful but also poisonous. I wonder what 140 characters will the president tweet on the morning of his inauguration.