Depicting the stories of social outcasts : In ‘Misbehavior’, Kim Tae-yong highlights the struggles of hierarchy

Depicting the stories of social outcasts : In ‘Misbehavior’, Kim Tae-yong highlights the struggles of hierarchy 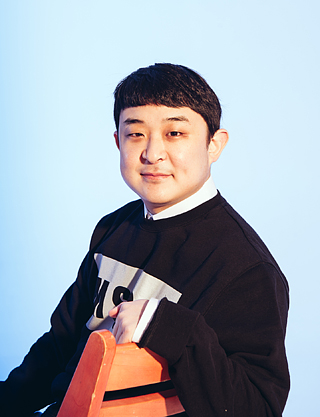 Director Kim Tae-yong’s second full-length movie “Misbehavior” is not much different from his “Set Me Free”, released in 2014, in that both deal with social outcasts. While the former revolves around a boy “who had to give up on his development in return for survival,” the latter, which dropped on Jan. 4, depicts the life of a contractual high school teacher who had to give up her pride to keep her job.

“I didn’t want to make a movie that doesn’t have an intention,” said Kim when asked what he thinks of the criticisms looming from critics. “Even though it may seem a little unkind, I hoped to directly reveal my intention.”

“What choice would a person make when it comes to survival?” This is the question that Kim continuously pondered on as a director.

“In order to become a stable director in Korea, it is important to quickly release a commercial success,” said Kim. “However, since I believe I’m far from directing big-budget films, I felt lots of pressure.”

The compromise he made was “Misbehavior,” which he also wrote. As much as it was his first commercial film, Kim hoped to earn sympathy from the audience while still strongly showing his color.

Revolving around contracted high school teacher Hyo-ju (Kim), “Misbehavior” unfolds as Hyo-ju’s chance to become a full-time teacher is taken away by Hye-yeong, the rich daughter of the school’s board president played by Yoo In-young. Full of jealousy towards Hye-yeong for having everything she ever dreamed of, Hyo-ju tries to take away one thing that she believes she can - a student dancer named Jae-ha (Lee Won-keun) who is having a secret relationship with Hye-yeong.

Kim came up with the idea for the film after watching Richard Eyre’s psychological thriller “Notes on a Scandal” (2006), which unfolds as a teacher (Judi Dench) from state-run secondary school in London nearing her retirement spots a new art teacher (Cate Blanchett) having sexual relationship with a 15-year-old student.

“Social hierarchy issues are prominent yet hidden in educational authority,” said Kim. “These days students shoot a video to post online even when a teacher expresses anger. Where would these teachers, who are pressured both inside and outside of schools, express their emotions?” This was the how “Misbehavior” started.

“The type of people I hated the most was those who look good, come from rich families, have good grades and are kind-hearted because I found myself feeling a sense of inferiority by being jealous,” said Kim. Hye-yeong from “Misbehavior” is exemplary of those types of people.

However, some critics have argued that Hye-yeong lacks persuasiveness, which could be because the director took out some scenes explaining the character in order to focus more on the psychology of the main protagonist Hyo-ju. The 18-year-old student Jae-ha (Lee Won-keun) who the two teachers seduce wasn’t much better. According to the director, those whose self-esteem hit rock bottom try to fill themselves by giving to others. However, that does not explain the emotions that Jae-ha feels.

“However, there were many at international film festivals who loved Hye-yeong. Of all my works, “Misbehavior” has the most prominently divided audience.”

The director has made an achievement by leaving a strong impression with “Misbehavior.” However, he says that he will have to “think harder for his next commercial film,” and added that he isn’t ready to reveal what his next film will be.

Just like he showed a completely different side of actress Kim Ha-neul, the director wishes to continue to show new sides of actors. He feels catharsis by pulling off such feat, according to him.

“With the current state of affairs, I believe bonds created by ordinary people are especially meaningful. I want to make a film that can stimulate people’s will to live.”