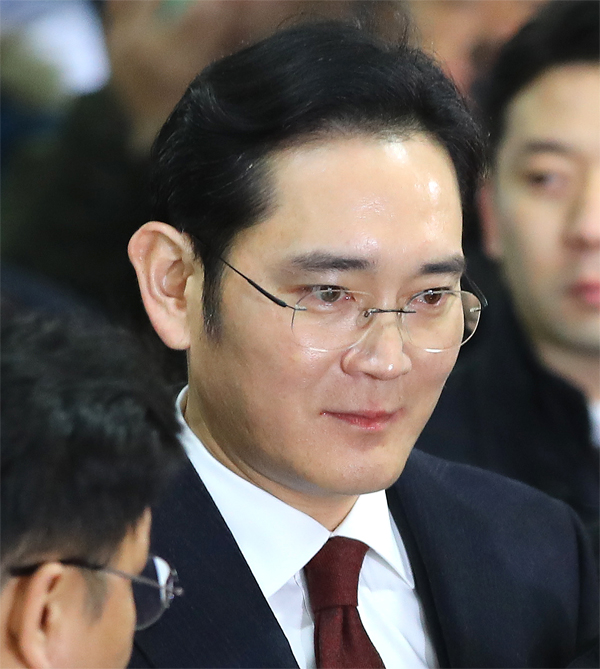 An independent counsel Monday requested an arrest warrant for Lee Jae-yong, Samsung Group's de facto leader, on charges of bribery in connection with an influence-peddling scandal that led to President Park Geun-hye's impeachment.

Lee, vice chairman of Samsung Electronics Co., was questioned by an independent counsel team as a bribery suspect on Thursday. The country's largest business group is alleged to have given undue financial support to Park's jailed friend Choi Soon-sil in return for the state-run pension fund's backing of a merger of two Samsung affiliates.

Samsung signed a 22 billion won (US$18.3 million) consulting contract in August 2015 with a Germany-based firm owned by Choi, and allegedly sent the company billions of won, which was used to fund her daughter's equestrian training, according to prosecutors.

The group also donated 20.4 billion won to two nonprofit foundations set up in October 2015 and in January 2016, becoming the biggest contributor among local businesses. The two foundations are suspected of being linked to Choi.

Prosecutors suspect Samsung supported Choi in return for the National Pension Service's approval of the controversial merger of two Samsung subsidiaries on July 17, 2015.

Moon Hyung-pyo, chief of the National Pension Service and former health minister, was arrested last month over his alleged role in the merger deal.

Investigators are looking into whether President Park was involved in the process, which they deem a bribery case. Park met with Lee privately on July 25, 2015.

The business group has admitted to making contribution to the two foundations and her firm, but denied such contributions were related to the merger.

Lee became a board member of Samsung Electronics last October and his father, Lee Kun-hee, has been hospitalized since suffering a heart attack in 2014.