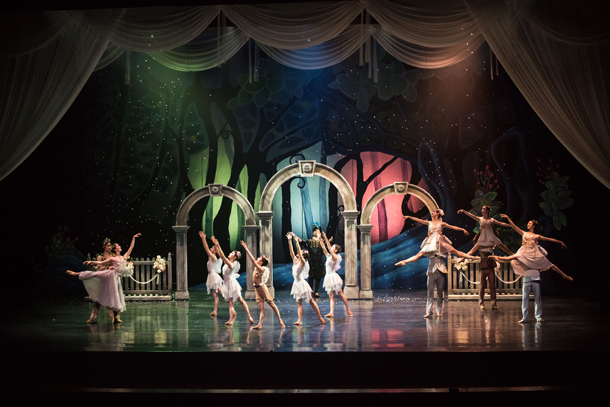 Seoul Ballet Theatre is staging a ballet performance “A Midsummer Night’s Dream” that’s based on William Shakespeare’s imaginative play of the same name. The performance is on just for one day at the Guri Arts Hall. See THEATER, below. [SEOUL BALLET THEATRE]

Jan. 18: Seoul Ballet Theatre is giving a performance centering on the story of the famous William Shakespeare play “A Midsummer Night’s Dream.” The play is known as one of the most dreamlike and imaginative Shakespeare pieces.

Some may be reluctant to watch ballet performances as most don’t have any lines, but this performance will feature a narrator, dressed as Shakespeare, who appears throughout the show to guide the audience through the plot of the story. The performance starts at 8 p.m.

Ahn Jae-wook, Lee Ji-hoon, and others will alternate the role of Ahn Joong-geun. 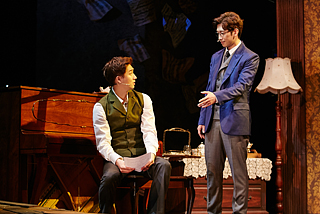 Feb. 4 to Mar. 12: Sergei Rachmaninoff is known to this day as a skilled musician. This musical, on the other hand, lets the audience follow his daily life and struggles, rather than his well known glorious stories.

The musical revolves around Rachmaninoff and his psychiatrist Nicolai Dahl. Spectators will get to enjoy not only the absorbing storyline but also a rich selection of classical music.

The performance starts at 8 p.m. on weekdays; 3 and 7 p.m. on Saturdays; and 2 and 6 p.m. on Sundays. There is no performance on Mondays.

The setting is the United States in the 1960s, where Marge is about to get married to her first love. But on her wedding day, her groom Leonard appears, only to declare that their love is over.

Marge’s best friend Lois takes her brokenhearted friend on a vacation to Paradise Resort, where Marge planned to honeymoon. During their vacation, the two women run into the resort’s star singer Del and Gabe, a shy worker at the resort. Along with the four, other friends, Harvey and Esther, join to add to the excitement at Paradise Resort. 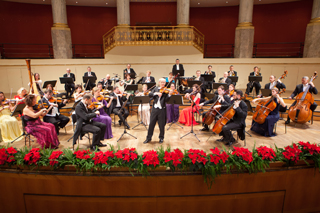 Jan. 19: Ever since its first visit to Korea in 2004, the Strauss Festival Orchestra Vienna has been gaining popularity from the country’s classical fans. On Thursday, the orchestra is holding its 8th concert in Korea, playing light pieces of music by the legendary Austrian composer Johann Strauss II and his family, Eduard Strauss and Josef Strauss. The orchestra’s concert master Willy Buchler, who is known for his dance-like conducting, will be holding the baton. Ballet dancers Vladimir Snizek, Marta Karacsonyova, Igor Blumberg and Beate Gramer will also be sharing the stage to accompany the orchestra in some ballet pieces including Eduard Strauss’ “Bahnfrei! Polka Schnell Op. 45” and Johann Strauss II’s “Tritsch Tratsch Polka Op. 214.”

Jan. 22: The 72-year-old legendary guitarist Jeff Beck is visiting Seoul to meet his Korean fans. This marks his third visit to the nation, the latest of which was in 2012. Ever since his musical debut in the 1960s, Beck has been loved by guitar fans of all ages.

This concert is a part of his world tour marking the release of his most recent album “Loud Hailer,” which was released in 2016.

Jan. 22: Greeting the new year, the renowned Vienna Boys Choir is to take a tour around Korea. After its first visit to Korea in 1969, the choir has performed over 170 times so far in the nation, marking its status firmly not only as a globally well-known choir but also as a popular one in Korea.

The upcoming performance is themed “smile,” and is bound to bring big grins to the faces of the audience.

The program consists of diverse music that men and women of all ages are sure to enjoy. From the hymns of Henry Purcell, folk songs from various nations, waltz and polka to classic soundtracks from famous films, the choir is expected to fill the joyous air celebrating the beginning of a new year.

Feb. 10-11: Finnish conductor Jukka-Pekka Saraste will conduct the Seoul Philharmonic Orchestra, one of the most famed orchestras in the nation, at this upcoming concert. The show kicks off with Finnish composer Jean Sibelius’ “En Saga, Op. 9.” Australian Violist Brett Dean will then join the stage to give a viola concerto. Beethoven’s Symphony No. 4 in B-flat major, Op. 60 will bring a splendid ending to the performance. This piece might be one of Beethoven’s smallest symphonies, but it is also known as one of his most cheerful and brightest.

Conductor Jukka-Pekka Saraste began his musical career as a violinist before being trained as a conductor by conductor Jorma Panula at the Sibelius Academy in Helsinki.