Woman given 2 years in Park case

Woman given 2 years in Park case 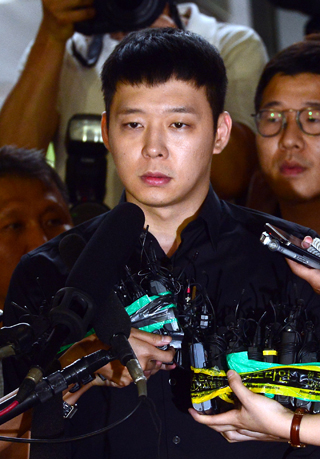 A lower court sentenced a woman to two years in prison Tuesday for falsely accusing Park Yu-chun of boy band JYJ of raping her last year.

The woman, identified only by her surname Lee, was indicted on charges of false accusation and attempted blackmail after she pressed charges against the singer-actor for sexual assault, and then acknowledged there was no force involved.

The Seoul Central District Court also sentenced Lee’s boyfriend and a former gangster to 1.5 years and 2.5 years in prison, respectively, for trying to extort settlement money from Park and threatening to report the incident to the press and police.

In delivering the sentence, Judge Choi Jong-jin said Lee’s claim was proven false as the two had sex in a bar bathroom that was installed with a door that could be opened from inside. She was also seen dancing with Park’s group of people after coming out of the bathroom, he said.

“Through this incident, Park was framed as a sex offender, and he suffered not only financial loss but also a fatal blow to his image, leading to uncertainties about the future of his entertainment career,” the judge said.