KT unveils set-top box that users can boss around

KT unveils set-top box that users can boss around 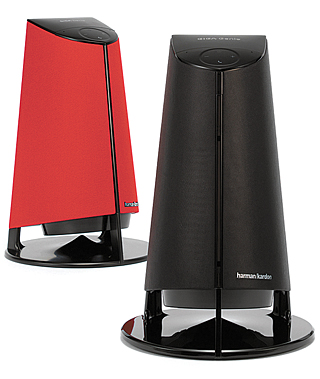 Giga Genie, an artificially intelligent set-top box that works like a voice assistant, was unveiled by KT on Tuesday. [KT]

Telecommunications provider KT has unveiled a set-top box that works like a voice-controlled virtual assistant.

The artificially intelligent device, called Giga Genie, allows users to control 11 Internet of Things devices. It can unlock a door, close a gas valve and turn on an air purifier. Giga Genie’s location-based services can also help users order food for delivery and hail a cab.

KT says its device is more versatile than existing voice assistants such as Amazon’s Echo, Google Home and SK Telecom’s Nugu. Equipped with a camera, it can make video calls, turn on the TV and play music from KT’s music streaming service Genie on high-end Harman Kardon speakers.

Lim Heon-moon, KT’s head of marketing, called the new device “the world’s first artificially-intelligent TV that is able to control everything in the home” during a press conference on Tuesday at the company’s headquarters in Gwanghwamun, central Seoul. KT plans to apply the Giga Genie platform to finance, medical services and automobiles in the future, he added.

LG U+, the smallest telecom company in Korea, is also gearing up to unveil an AI-based voice assistant in five months.

Companies in other industries are jumping into the market with their own voice assistants.

SM Entertainment, Korea’s top entertainment agency, unveiled an AI speaker called Wyth at the Consumer Electronics Show in Las Vegas earlier this month. It is embedded with the voices of the agency’s idol group members, which include Exo and Girls’ Generation. The device will be available in Korean and Chinese and launch by the end of this year.