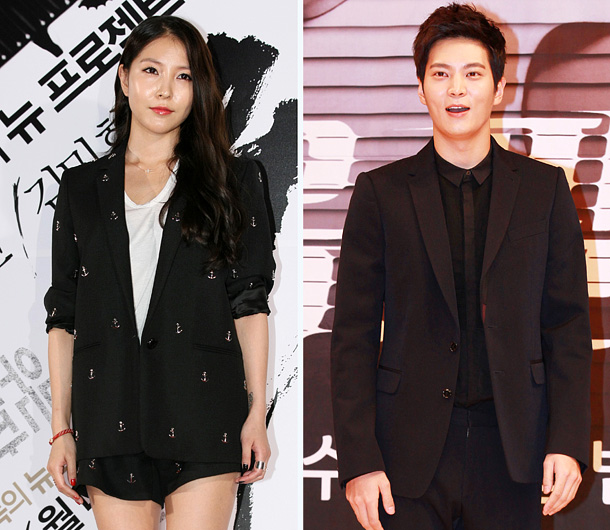 A new celebrity couple has been unveiled as actor Joo Won and singer BoA both confirmed their relationship.

“Their relationship developed since they have many common interests, such as acting and singing,” said the singer’s agency.

Additionally, the two stars have been known as big fans of golf, as they occasionally uploaded photos of themselves enjoying the sport to their Instagram accounts.

BoA has further been making headlines as she previously said on a KBS2 talk show that her ideal type of guy was handsome, tall, and a lover of music. Joo Won is not only regarded for his good looks, but just so happens to be 185 cm (6 feet) tall and originally debuted as a musical actor.

Meanwhile, the idol singer has been making a foray into acting after a long 17-year music career. She recently starred in the JTBC drama “My Wife’s Having an Affair this Week” alongside actors Lee Sun-kyun and Song Ji-hyo.

Joo Won is currently filming for the upcoming SBS drama “My Sassy Girl,” a remake of the popular 2001 Korean film of the same name.