Seong Jong-wan creates a new world for star-crossed lovers : An adaptation of ‘Romeo and Juliet’ in a post-nuclear world

Seong Jong-wan creates a new world for star-crossed lovers : An adaptation of ‘Romeo and Juliet’ in a post-nuclear world 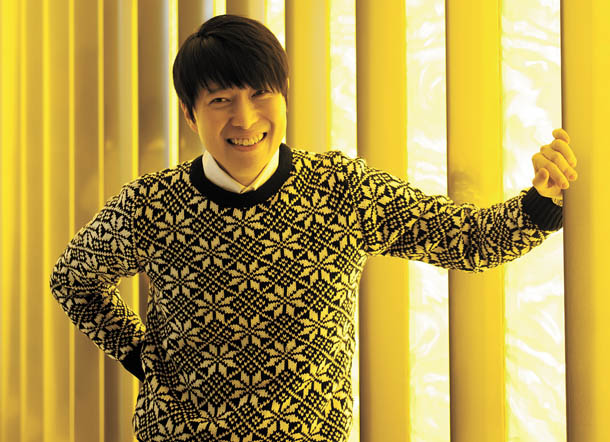 Korea’s musical market has grown more diverse over the last few months. Due to the staggering economy, the number of large scale musicals produced by big name production companies has reduced. Luckily for musical lovers, small-to-mid-sized musicals have filled the space left empty. Although they may not generate buzz on social media, they are interesting and artistic in their own ways.

One of the musicals is actor-director-playwright Seong Jong-wan’s “Romeo and Juliet,” which will be staged at the Doosan Art Center in Jongno District, central Seoul, until March 5.

In Seong’s version of the tragic romance, the story is set in a dystopia after nuclear warfare. For sure, it was the most impressive “Romeo and Juliet” out of all the performances staged to commemorate the 400th anniversary of Shakespeare’s death last year. To talk in-depth about his newest work, Seong, who adapted and directed “Romeo and Juliet,” sat down for an interview.

In the world of the 38-year-old’s Shakespeare classic adaptation, the entire planet has been covered with pollutants following a nuclear war, forcing people to hide in underground stations. While some managed to survive, others have turned into mutants. The former live in Capulet Station and lock horns with the latter, who live in Montague Station. During a fight between the two groups, human girl Juliet and mutant boy Romeo meet by destiny.

Seong decided to take part in this musical upon personal request from actor-art director Kim Soo-ro, who chose “Romeo and Juliet” to be the 20th performance as a part of his “Kim Soo-ro Project.” As it marked a monumental number, Kim tried his best to make it a success. Part of the efforts to do so was to personally cast Seong.

“Whatever Kim tells me to do, I just have to do it,” said Seong. “However, since I wasn’t used to adapting classics, it took me some time to find the right point to satisfy the audience while maintaining my style.”

The idea of creating mutants from the nuclear-struck world wasn’t much of a big deal, according to Seong. He said that there are lots of movies that are based on similar themes under different titles. In “Warm Bodies,” for example, the names of the main protagonists are R and Julie. “Twilight,” which revolves around the love between a human and a vampire, also originates from “Romeo and Juliet.”

“I wasn’t intentionally trying to follow the trend,” said Seong and continued, “But most of the love stories follow ‘Romeo and Juliet.’ As a movie maniac, I naturally referred to those movies.”

Although Seong’s “Romeo and Juliet” leaves the impression of something new, it basically follows the original plot and order of the scenes.

“Even though I was making something new, I attempted making it similar to the original since it is based on ‘Romeo and Juliet.’ Although I changed the beginning from a ball to a chasing scene, I matched the crowd scene and in the most famous balcony scene, I portrayed Romeo to be at the upper level to jump down towards locked Juliet since it portrays the underground world.”

Seong defined the work as “a love bloomed from the world filled with fights and hatred.” The concept of mutants was created from his fundamental concerns with “why people fight.”

“Right now in Korea, everyone fights with such anger. This problem is derived from thinking they are different from each other. We are always self-centered and human-focused. But I hoped to turn that view of the world around. When mutants outnumber humans after nuclear warfare, it can’t be human-focused. I wanted to ask what ultimately matters in such a world, and the answer was love.” 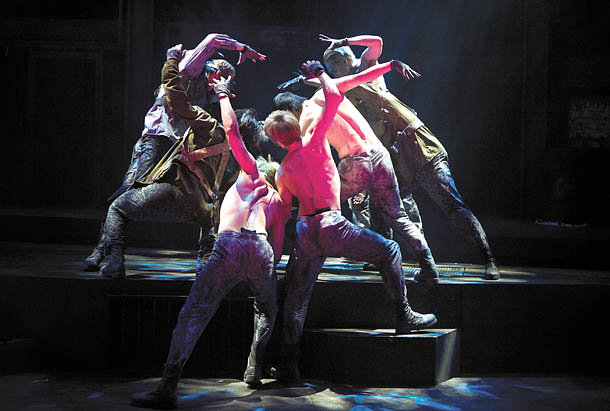 The musical adaptation “Romeo and Juliet” has been put together with the passion of rookie actors’ blood, sweat and tears. [ASIA BRIDGE CONTENTS]

The show originally started off as a play to provide a space for film and theatre graduates, who didn’t have many chances to show off their talents. Although the scale became bigger when it became a musical in the middle, the participating actors remained rookies.

“Since the actors don’t have much experience, [the musical] had to be filled with dynamic choreography. The decision to present mutants with outstanding physical abilities was part of the effort to make actors sweat with energy and passion,” said Seong.

He continued, “While wondering ways to please the audience with these rookies, the musical concentrated on punk in terms of art, music and clothing. Although we pursued hardcore punk like Green Day and Sum 41, it did not match well. The stage has basically been completed out of rookies’ blood, sweat and tears.” (laughs).

His “Romeo and Juliet” has been highly praised, Seong boasted. “Someone said that if Shakespeare had seen it, he would have laughed and clapped underground. Shakespeare was a popular writer. He wrote what others have wrote in a more likable way, so he might compliment my effort to adapt the classic to attract modern audience.” 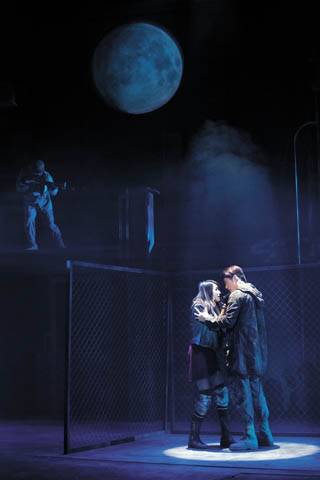 The adapted “Romeo and Juliet” depicts love between the two protagonists in a nuclear bomb-struck world. [ASIA BRIDGE CONTENTS]

Seong will become the screenwriter for “Hamlet,” which is scheduled to be performed at the end of the year at the Seoul Arts Center in southern Seoul.

“If [Hamlet] takes away the use of rhetorical expressions and stresses dramatic action, the story itself is very interesting. It is the original revenge play and is also able to incorporate realistic political elements.” Seong added that it would be his role to make the audience believe that the story is not outdated.

“Since indie bands were rising at the time, I joined an indie band. I played piano and bass. I liked music and theater, which summed up into a love of musicals.” (laughs).

Seong originally debuted as an actor, but has focused on writing and producing since 2010.

“Musicals have been commercially produced for around 15 years [in Korea], but there haven’t been many people that create musicals. But the success of previous hits such as ‘Finding Mr. Destiny’ has proved to producers that there is a possibility in [creative musicals], ultimately providing opportunity for fellow and younger creators to show their talents. Korean movies have been developed in a similar way, boosting young directors. I think it is a natural process.”