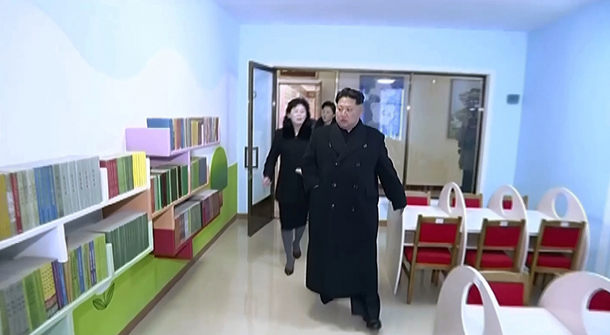 North Korean leader Kim Jong-un was seen walking with a limp during his inspections last month in footage aired by the state broadcaster Wednesday, in what could be a possible relapse of a past ankle problem.

The North’s leader was seen limping on his left leg during his so-called field guidance to several locations including a shoe factory conducted in December, according to a documentary released by the Korean Central TV Broadcasting Station.

The footage showed Kim noticeably limping when he went up stairs and putting more weight on his right leg while walking, an indication that his left leg may have a problem.

It marked the first time since July 2014 that the leader was seen limping on state TV. At that time, Kim was seen favoring his right leg when he walked to his seat at a ceremony to mark the 20th anniversary of the death of his grandfather and the state founder Kim Il Sung.

He did not show up for about six weeks after early September 2014, sparking speculation that Kim contracted a critical illness or there was a possible military coup in the isolated country. But Kim was seen again on Oct. 14 of that year, relying on a cane.

Seoul’s spy agency said that Kim underwent an operation to remove a cyst from his left ankle between September and October of 2014, performed by a foreign doctor from Europe.

It said that despite the surgery, there is a chance that his ankle problem could recur due to Kim’s obesity and frequent inspection tours.

South Korea’s unification ministry said that it is too early to assess Kim’s health as video footage recorded after Dec. 13 showed him walking normally.

“At the current stage, it is premature to talk about the state of Kim’s health,” Jeong Joon-hee, ministry spokesman, told a regular press briefing. “There is a need to closely watch related information."