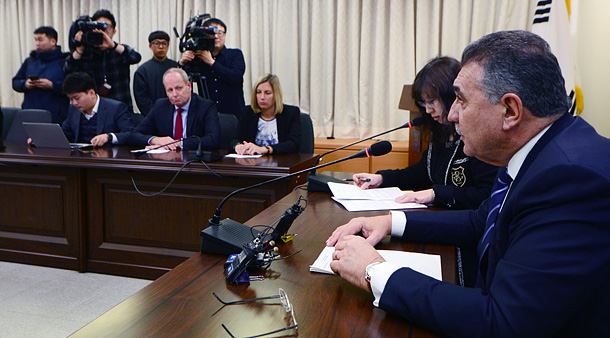 Francisco Javier Garcia Sanz, a member of Volkswagen AG’s Board of Management, holds a press conference after undergoing questioning by Korean prosecutor on Wednesday at the Seoul Central District Prosecutors’ Office in Seocho-dong, southern Seoul, amid an investigation into the emissions scandal involving the German automaker’s local unit. Sanz apologized to the Korean consumers for causing them disappointment during the press conference after Audi Volkswagen Korea was mired in controversy for fabricating test results of emissions and noise and fuel efficiency of its cars sold here last year. [YONHAP]