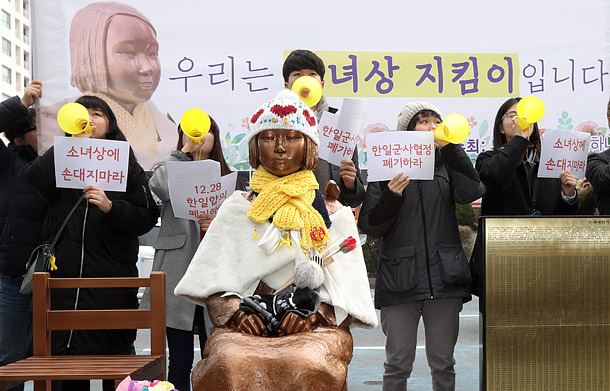 A group of college students on Wednesday launch a campaign to protect the “comfort women” statue established last month at the back gate of the Japanese consulate in Busan. The statue ignited a diplomatic row, as the Japanese government demanded the removal of the statue, which symbolizes Korean women who were forced into sexual slavery by the Japanese military before and during World War II. [SONG BONG-GEUN]