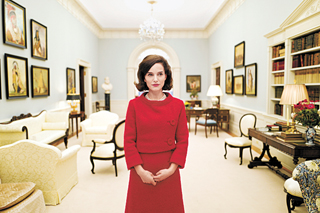 “Jackie” brings us back to when the United States was in shock after its then-president John F. Kennedy was assassinated. The film unfolds from the view of First Lady Jacqueline Kennedy, played by Natalie Portman, depicting her struggle dealing with the incident.

Jacqueline Kennedy was known as the icon of poise and dignity, but the elegant lady was left to face mental turmoil when her husband was shot sitting right beside her. Without any chance to ease her sadness, she had to immediately prepare for his funeral, requiring much composure.

No longer the First Lady, Jackie had trouble maintaining her husband’s legacy at the White House, but soon realizes that she’s the only person that can wrap up his time in office.

Critics have praised the performance of Natalie Portman, who is most known to Korean audiences through her role in the film “Black Swan” (2010).

Deepwater Horizon, one of the biggest oil drilling rigs, stands in the middle of the sea, with the crew ready to drill oil out and head back home. But as the rig has already undergone an excessive amount of work, no one is sure if it’s strong enough to stand another round of drilling. But the company refuses to undergo safety checks due to financial and scheduling problems.

Although Jimmy Harrell, the offshore information manager, played by Kurt Russell, and Mike Williams, the engineering director, played by Mark Wahlberg, oppose the company’s idea, the company turns a deaf ear to their voices and simply precedes with the scheduled oil-drilling.

But not so long after the operation commences, a worker named Caleb Holloway, played by Dylan O’Brien, senses that something is wrong, and just a few seconds later, with a huge boom, the rig explodes and fire engulfs the entire structure.

The film is based on the true story of the Deepwater Horizon drilling rig, which exploded in the Gulf of Mexico in 2010. 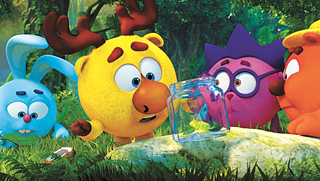 Kikoriki: Legend of the Golden Dragon (All)

Wally is a small and intimidated creature. If anyone asked him what he wishes for, he wouldn’t hesitate to answer “power.” He one day gets the opportunity to turn into a fierce creature through a magical hat his friend invented, without even knowing its function properly.

Wally heads to a nearby garage, puts the hat on, and shouts, “Turn me into a strong creature!” but his body suddenly turns into that of a caterpillar. The hat’s function in fact was to switch two creatures’ bodies, and Wally reversed bodies with a caterpillar in the garage. Not only that, he loses the hat so he’s left with no choice but to be stuck in the caterpillar’s body.

With the help of his friends, Wally sets out to find the hat and turn back into the real Wally.

Try to Remember (All)

In the 1950s, when the nation was going under much historical chaos, three girls from one family debuted under the group name “The Kim Sisters.” With their innate musical abilities, the Kim Sisters formed the greatest harmony with their voices. They were also able to play over 13 instruments, including the guitar, trombone, banjo, clarinet and the bagpipes. Not only that, Korean traditional instruments like gayageum (traditional zither) and janggu (double-headed drum) were no exception. A few years later, they flew over to the States and extended their stage worldwide.

This documentary film takes audiences back to the days when the Kim Sisters brought smiles to people’s faces during harsh times. Their songs were full of dreams, love, romance and emotions. Anyone missing the warmth from the old days must go check this film out.

This biopic, featuring Joseph Gordon-Levitt as the titular Edward Snowden, follows the story of the famous whistleblower from his days working at the Central Intelligence Agency and the National Security Agency. He, however, is shocked to find out that the government is collecting people’s information, regardless of nationality or status, for the purpose of preventing terrorism. Edward is strongly shocked by their behavior, and senses that it has to be fixed.

In order to fight against the authorities that infringe on people’s freedom and privacy, he collects confidential documents and heads to Hong Kong, where he meets up with reporters Glenn Greenwald, played by Zachary Quinto, and Ewen MacAskill, played by Tom Wilkinson, and movie director Laura Poitras, played by Melissa Leo. The four prepare to undergo a historical exposure of the inconvenient truth.

The director of this film, Oliver Stone, swept prestigious awards through his previous films. “JFK” (1991) and “Born On The Fourth Of July” (1989) earned him the Golden Globe Awards, to name a few. 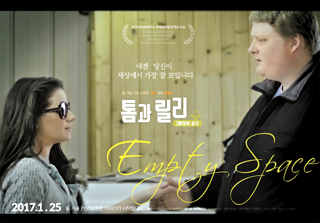 Tom, played by Merrick Robison, is an overweight man, and heading out to the streets has always been a fearful task for him. He has been teased and disregarded by so many strangers that his heart was practically closed even to anyone who tried to take a step towards him.

He had trouble getting used to people’s stares and glances, and decided to move to a house in a small village in Chicago, where his grandmother used to live. He thought that things would get easier if he lived in a remote village with not so many people, but other than the surroundings, nothing seems to have changed. Strange faces still gave him looks, whispered harsh jokes, and tormented Tom.

As Tom was passing his time thinking that everybody hates him, a girl named Lily, played by Elizabeth Stenholt, appears in front of his eyes. Life hasn’t been easy for her as well, as she lives every day and night in pitch black. Lily is a blind girl.

Even their encounter began with Lily’s tears. Tom accidentally ran into her getting bullied by a gang of thugs in the washhouse and helps her.

Although Lily cannot see, she’s always full of confidence. And although Tom is big and buff, he’s as timid as ever. The two begin to fill each other’s empty spaces with their strengths, and slowly realize a new meaning in their lives. But just as everything seems to fall into place, an unexpected hardship arrives between the two, ready to scar their hearts once more.

This film received an award at the Lighthouse International Film Festival in 2016. 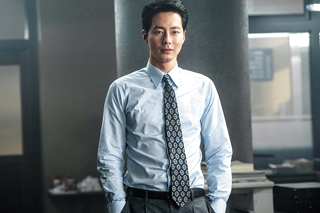 Tae-su, played by Zo In-sung, is an ambitious prosecutor. Many start with big goals and dreams when they decide to become a prosecutor, but Tae-su’s reason is simple. When Tae-su was young, he witnessed his powerless father get beaten up by a mighty prosecutor. Since then, Tae-su’s only goal was to become a man of power.

This film revolves around prosecutor Tae-su’s ambition to stand at the center of power amid a change of regime. After numerous attempts to gain more power, he meets another prosecutor named Kang-sik, played by Jung Woo-sung, a boastful and influential man. Kang-sik persuades Tae-su to follow his approach, and the two team up. While Tae-su is enjoying his time behind Kang-sik, a change in regime comes. This brings about an unexpected change to Tae-su and Kang-sik’s comfortable life.

Featuring a star-studded cast, the film also features veteran actors Bae Seong-woo and Kim A-joong. The film’s director Han Jae-rim is famous for directing the 2013 hit film “The Face Reader,” for which he won the Daejong Film Award.