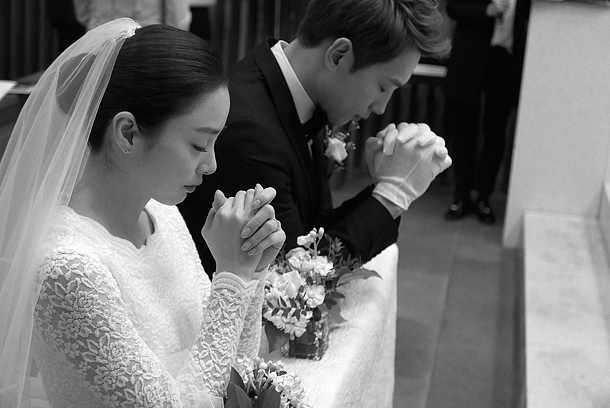 According to a report by Star News on Thursday, the private wedding took place at Kahoe Catholic Church in Jongno District, central Seoul at 2 p.m. Reportedly, the time and place of the wedding were privately sent to guests on the day of the event, who were asked to keep the location a secret.

The two stars previously announced their plans to marry on Tuesday, saying they wished to have their wedding privately due to “political and economic instability” of the country.

Among those in attendance of the wedding were actor Ahn Sung-ki, who became the godparent of Rain when he received his Catholic baptism in 2014, producer J.Y Park, members from boy band g.o.d, pop star Psy, and actress Lee Honey.

The couple has been dating for the past five years. Their honeymoon plans are currently unknown.