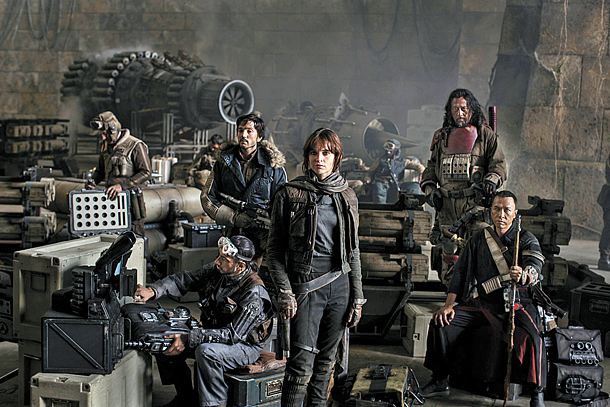 “Rogue One: A Star Wars Story,” the newest film from the franchise, barely sold a million tickets in Korea since it dropped late last month. This is in stark contrast to other nations such as the United States and China, where the film dominated box office. [THE WALT DISNEY COMPANY KOREA]

Everyone knows that the legendary Star Wars series is widely beloved and adored around the world. Thanks to its massive fan base, the movies have almost always debuted in the top spot at box offices across the globe. However, there have been a few exceptions where its force has not fully realized its power. One of them is Korea.

Despite the franchise’s international popularity, its force always seems too weak to dominate Korea’s box office. The newest “Rogue One: A Star Wars Story,” which hit theaters late last month, sold a little more than a million tickets in Korea as of Wednesday, which is a shabby performance considering its $200 million production budget. It debuted at second in its first weekend, behind local action film “Master.” The following weekend, it slipped to eighth, and in its third weekend, it didn’t even manage to make the top ten.

This is in stark contrast to other countries such as the United States, France, Finland and Germany, where the latest Star Wars movie stayed atop the box office for three consecutive weekends. Even in China, which is not known for its Star Wars fervor, “Rogue One” managed to debut at number one - which may be attributed to the appearances of high-profile Chinese actor Jiang Yen and Hong Kong action star Donnie Yen.

The weak performance is nothing new - the best Stars Wars has done in Korea was attracting 3.3 million moviegoers with 2015’s “Star Wars: The Force Awakens”. In the almost 40 countries it played, Korea was one of few countries, along with Vietnam and Turkey, that ‘Force Awakens’ did not debut in the top spot at local box offices. 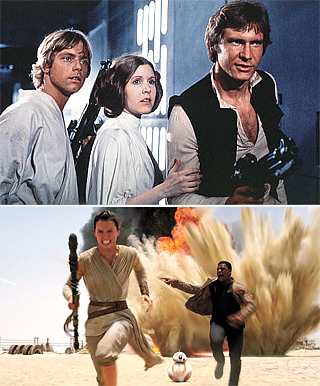 Despite the immense popularity of the Star Wars series around the world, Korea remains a country where its force has not been fully realized. [LUCASFILM, THE WALT DISNEY COMPANY KOREA]

Even when the sci-fi franchise was adapted into a mobile game “Star Wars: Force Arena”, it did not make a big splash in Korea. Co-developed by Lucasfilm and Korea’s game distributor Netmarble Games, it ranked 20th in Korea’s Google Play store in the free game category. This is in contrast to North America, where it ranked 5th in Apple’s App Store.

The sci-fi franchise’s weak performance is not surprising, according to Lee Taek-gwang, a professor of American studies at Kyung-hee University and cultural critic.

“Most importantly, its cultural code, which is purely based on Western culture, doesn’t match that of Korea’s. Koreans are not very into the sci-fi genre. Instead, they are more into movies that deal with humanism or romance, so in order for a sci-fi film to succeed in Korea, it should add a mixture of these elements.”

Lee continued, “The concept of absolute evil is also something that Koreans find difficult to understand. In Korea, evil people are believed to have reasons for becoming the way they are. Stories from Greek mythology and others often feature the existence of absolute evil, and simply being evil doesn’t gain sympathy in Korean culture.”

Movie critic Kim Young-jin similarly pointed to the sci-fi genre as a whole being the reason behind the lack of the franchise’s popularity in Korea.

“Even when the first Star Wars came out in the 70s, it didn’t attract that many people here,” said Kim, who teaches in the Department of Film and Musical in Myongji University. “Sci-fi is relatively less developed in Korea’s popular literature. And since the franchise was originally set to target [sci-fi] fans, it could not succeed in Korea, where the foundation for the genre had not been completely established. The same reason lies behind the lack of the popularity of the ‘Star Trek’ series.”