Meeting the man behind music of ‘Your Name’

Meeting the man behind music of ‘Your Name’ 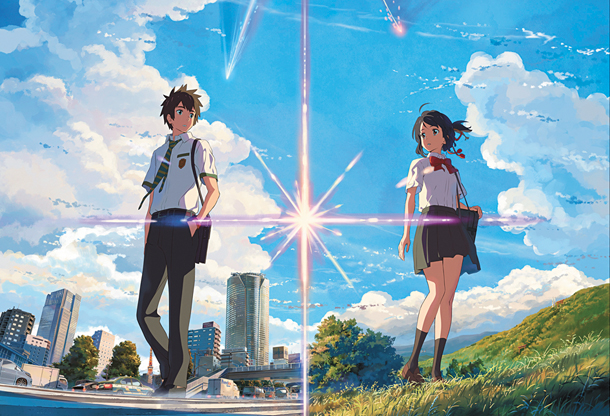 The Japanese anime “Your Name” sold over 2.5 million tickets in Korea within two weeks of its release. [MEDIA CASTLE]

It was not surprising when the international hit “Your Name” dominated Korea’s box office upon its debut early this month. Director Makoto Shinkai’s dazzling displays of color and the anime’s beautiful score have attracted more than 2.5 million people within two weeks since it dropped on Jan. 4. To celebrate the achievement, Yojiro Noda, the lead singer of the Japanese rock band Radwimps, which provided the score and four songs for the movie, visited Korea to express his gratitude.

“Upon hearing the popularity of the film in Korea, I decided to make a visit to directly express my gratitude,” said Yojiro at the press conference held in central Seoul on Wednesday.

Amazed by the huge popularity around the world, the singer never expected the film to be this well-received while working on its music.

“I am purely surprised by how well-received it is because I had never expected such popularity,” the singer said of the animated movie that sold more than 16 million tickets in Japan and topped the box office in numerous countries, including China and Thailand upon its release. “Although it definitely is a good movie,” he said, “I thought it would be the kind of film that would receive moderate attention for a long time.” 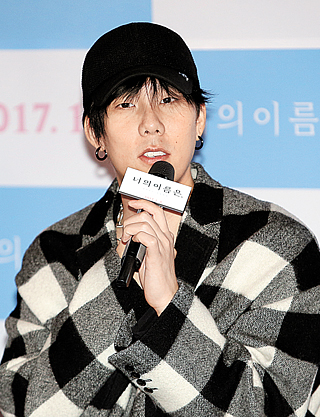 Yojiro Noda, the singer of the Japanese rock band Radwimps, visited Korea to show his gratitude for the popularity of “Your Name,” for which the band provided the soundtrack. [MEDIA CASTLE]

The success, however, entailed hard work, according to Yojiro.

“I closely worked on the music with the director for a year and a half. Although there were times when I couldn’t agree with the director and vice versa, we were able to pull it off by accepting each others’ opinions.”

He added that he worked on the songs, based on the script and the sketches that the director drew. “I tried to read the changing emotions of [main protagonists], Mitsuha and Taki. But instead of merely focusing on their emotions, I also tried to feel those emotions to recreate them into lyrics in my style.”

The lead singer also explained the director’s intention to deliver the extension of the story through lyrics of the songs, including the title track “Zenzenzense.”

“The director had a very strong will for the music of [“Your Name”],” said Yojiro, “I actually doubted the need to include as many as four songs with lyrics, and appealed to the director that it might be too many. However, the filmmaker said that he wished to deliver something through music that scenes can’t. He requested colorful songs with lots of lyrics and sometimes took out some lines [from the script]. He was trying to make an unprecedented music-themed movie, and I found his idea impressive.”

Although Radwimps is a veteran group that dropped their first album in 2003 and have unveiled seven regular albums so far, they weren’t always the talk of the town, partly because of their willingness to pursue freedom in music. But they still had their fan base, which led the band to top the Japanese Oricon Chart in 2008 with their single “Order Made.”

“We barely made an appearance in mass media and have been doing the music we want for longer than a decade. We have been the kind of band that exists but doesn’t seem to exist. However, after the film’s success, we have suddenly been put into the center of the world. But I believe we don’t have to insist on the [music] style that we have been pursuing.”

For those who hope to listen to a live performance of Radwimps, they are planning to perform in Korea this year. Specific details for the schedule are yet to be determined.