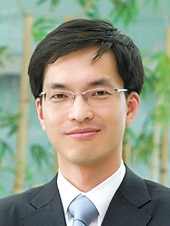 He will begin working at the Seoul office on Feb. 1.

Huh, who joined the company in 2005, has been working in various countries including Korea, Australia and the Philippines. He currently is a vice president at Nissan’s Philippines branch’s marketing sector, Nissan Korea said in a press release.

According to the automaker, Huh will report directly to Yukata Sanata, regional senior vice president of Nissan Group of Asia & Oceania, once he assumes the position.

“Korea is very important market to Nissan,” said Sanata. “The new president will accelerate Nissan’s growth in Korea. Huh has various experience in the car industry and has shown great performance continuously.”