Saenuri suspends membership of 3 of the president’s men

Saenuri suspends membership of 3 of the president’s men 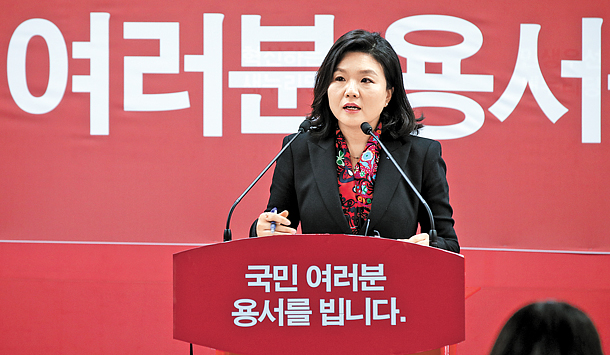 The Central Ethics Committee of the Saenuri Party held a meeting in the morning and discussed disciplinary action against Reps. Suh Chung-won, Choi Kyung-hwan and Yoon Sang-hyun. The three are the key members of the ruling party’s faction devoted to the impeached president.

Ryu Yeo-hae, a member of the ethics committee, said Suh was punished because he caused factional conflict that brought about a split of the party. Suh should have been a role model to other members as an eighth-term lawmaker who served various posts inside the party, she said.

Last month, a group of Saenuri lawmakers disgruntled with the Park faction defected en masse to create a rival conservative party, the Bareun Party. The Saenuri recruited In Myung-jin as interim chief to salvage its tainted reputation in the aftermath of the presidential impeachment. In’s first reform initiative was cleaning out the Park loyalists.

The ethics committee said Friday that Choi’s membership was suspended for three years because he, as a fourth-term lawmaker who once served as the deputy prime minister in the current administration, also caused the factional war. Yoon was also punished for fueling the factional war, hindering internal reconciliation and disgracing the party with inappropriate remarks and behaviors.

While Yoon attended the committee meeting to make his case, Suh and Choi were no-shows. Choi submitted a written position. Suh did not.

Suh, the kingpin of the Park faction, has been challenging In’s attempt to punish him through the ethics committee. Earlier this month, he took legal action against In, asking prosecutors to open a criminal investigation into him for coercion and defamation. He also asked a local court to suspend him from serving as interim party leader.

The ethics committee said Friday that it will discuss intraparty punishment for President Park after the Constitutional Court rules on her impeachment.

The ethics committee, launched last week, took swift action to purge Park loyalists. In its first meeting Wednesday, it decided to expel four senior members, including Lee Han-koo, who was in charge of the nominations for last April’s general election. It said Lee was expelled for leading an unfair nomination process that eventually caused the party’s factional split.