Civilian control over the military

Civilian control over the military 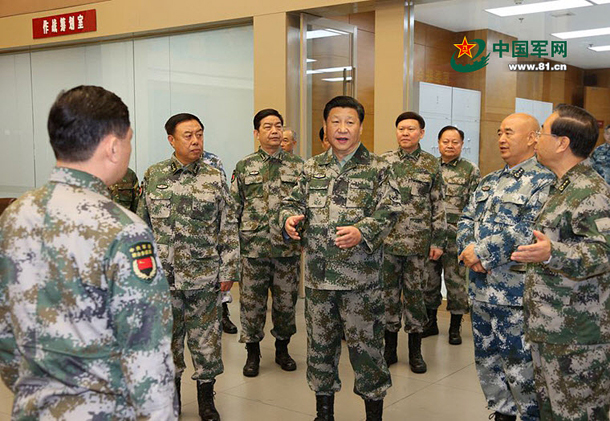 “War is too serious a matter to leave to soldiers,” said former French Prime Minister Georges Clemenceau. As the prime minister and war minister during World War I, he believed in civilian control over the military.

Currently, incumbent defense ministers of 15 countries, including Japan, Germany, Australia, Italy, the Netherlands, Norway and Spain are civilian women. They only oversee military administration and appointment, not operational control. The defense minister does not wear military uniform as a sign of civilian control. Japanese defense minister Tomomi Inada is a four-time Lower House member. Having served as a minister of regulatory reform, she is a reform expert.

The military command is a key ruling power based on democratic legitimacy. It is the authority to establish principal strategy of defense and security and plan organization, model, function, size, budget and equipment of the military to carry out the strategy. It is beyond the role of a soldier.

The soldiers’ role is limited to establishing specific operational tactic, training and using the equipment. It is the military order that the chairman of the Joint Chiefs of Staff exercise following the order of the commander-in-chief. Civilian control of military is the core principle of a liberal democratic state.

In 1927, Mao Zedong said, “Political power grows out of the barrel of a gun.” In 1938, he set the iron rule, “Our principle is that the Party commands the gun, and the gun must never be allowed to command the Party.” But the barrel of the gun continued to threaten the party.

For the past four years and two months, Xi’s rule was a process of gaining control of the military. He did not stop at organizational reform.

He is working on a reform of the rank system to trim down the upper brass, a core part of reducing its forces by 300,000 troops.

Chinese media reported a possible reorganization of the Central Military Committee at the 19th party convention scheduled this fall. It is a landmark plan of adding the Premier and newly installed general secretary of the Secretariat of the Communist Party of China as Vice Chairman of the Central Military Committee (By reviving the party chairmanship, Xi would hold a higher position.)

From the 1+4 system, he wants to have three civilians and two soldiers to exercise military control. If realized, it will be a mighty civilian control.

The reasoning is simple. The military is a specialized group, and only emphasizing the specialty would make it an armed organization that loses a war.

How about Korea? The defense minister’s position has been monopolized by the Army, and the security policy command center has been dominated by the soldiers.

Since the Defense Acquisition Program Administration was installed with a civilian head, there has not been a major defense-related corruption scandal.

The first step towards proper security and defense should be the appointment of a civilian defense minister.