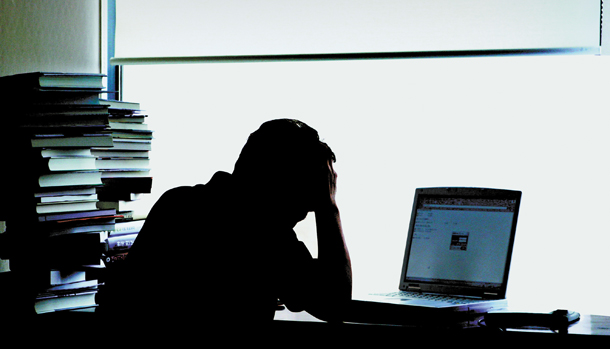 As more Koreans fail to find a social niche, some are deciding to lead isolated lives, rarely leaving their homes and depending entirely on their parents.

“What more can I do with my life,” said a 34-year-old who has been living in his room for 16 years. He dropped out of high school during his senior year in 2001, due to “too much stress.”

He studied for the national college entrance exam for three years, but when it did not work out, he switched to studying for the civil service exam. When he could not pass after years of study, he resigned himself to his room indefinitely.

He eats what his parents provide and plays computer games in his room all day. His parents said they tried to talk to him or make him leave the house by force, but to no avail.

In Japan, such people are known as hikikomori, literally “one who pulls inward,” or sometimes simply hikki. Hikikomori typically stay at home for over six months without going to school, work or socializing with people. While media reports on such people have grown over recent years, the national government has not yet confirmed the extent of this phenomenon.

“There is no statistics on the phenomenon in my department” said Cha Jeon-kyung, director of the Division of Mental Health Policy of the Ministry of Health and Welfare. “And there is no plan in the department to find out how many there are.”

The phenomenon first surfaced in Korea in the early 2000s to denote adolescents who struggled to adjust to social life at school and decided to stay home.

But Korean recluses today are likely to be more older.

According to “Society at a Glance 2016,” the OECD’s collection of statistical data on social indicators, Korea ranked lowest in the “percentage of people who report having relatives or friends they can count on” for those aged above 50. About 60 percent said they do, while the average among OECD countries was nearly 90 percent.

The percentage for those aged between 30 and 49 in Korea reached nearly 80 percent. Only Turkey scored lower.

“I have become an unnecessary component of society,” said a 41-year-old man who had not left his room except to eat and go to the bathroom since 2008. He returned to Korea that year after earning a masters degree in sociology in Japan, but said he stopped trying to secure a job after repeated failures. He said he plays computer games in his room all day.

Some experts lament the lack of a systemized approach in the country to help such people.

“There is really no social system to help them,” said Yeo In-joong, head of the Dongnam Psychiatric Clinic in Jongno District, central Seoul, which specializes in treating reclusive types. “Once the seclusion period becomes extended, it becomes nearly impossible for these people to walk out of their rooms on their own accord. I have seen families fall apart over this, especially as the parents grow older and cannot provide for their children anymore.”

“The Korean government must learn from how the Japanese government is responding to this issue,” said Lee Soo-jung, professor of criminological psychology at Kyonggi University in Suwon, Gyeonggi.

Japan is home to about 540,000 hikikomori between the ages of 15 and 39, according to a government survey last year. The Japanese government requires every prefecture to provide a support center for hikikomori and their parents.

“If they stop receiving support from their family,” Lee added, “some of these recluses in Korea might not only attempt suicide, but also try to harm other people in their psychological distress.”