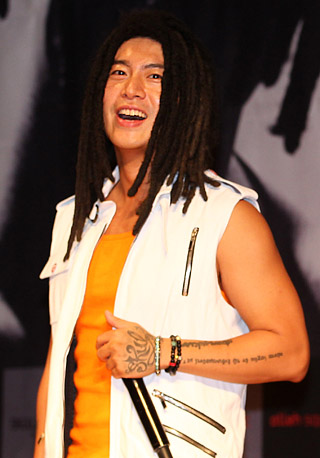 The king of Korean reggae, Skull, is planning on making a return with a new single next month.

The reggae singer is looking to drop his new track featuring rappers Verbal Jint and KittiB on Feb. 9. The release would make it his solo comeback in three years after his previous album “King O’ Irie” was unveiled in 2014.

The singer originally debuted as a member of the reggae duo Stony Skunk in 2003, eventually signing to YG Entertainment in 2005. Though the group later disbanded in 2010, group member Kush went on to become a prominent songwriter for YG while Skull launched his solo career with his successful solo EP “Korean Reggae” in 2011.

The singer has recently been performing in a new reggae duo along with singer-comedian Haha called Skull&Haha, often making guest appearances on Haha’s MBC variety show “Infinite Challenge” due to their friendship. Their single “Love Inside” became a hit in Jamaica, the home of reggae music, topping the country’s music chart in October.