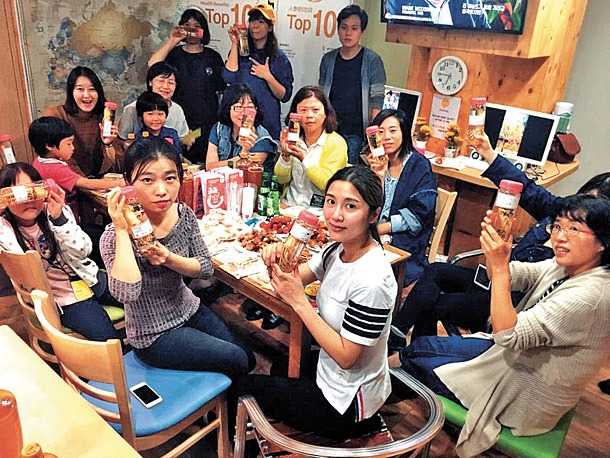 Every morning before work, Mr. Jung, who works in advertising, cuts little pieces of ginseng and brews his own ginseng water. He takes the drink with him to work. As is the case for most advertising firms, the frequent late-night work and irregular sleep patterns have taken a toll on Jung’s health, until about four years ago when he started drinking ginseng water.

“I’ve tried lots of other so-called health foods, but nothing has really helped,” Jung said. “My health got so much better after I started drinking ginseng water.”

The apparent rejuvenating effects of ginseng have long been famous. In an encyclopedia of 365 medicinal herbs from the Chinese Han Dynasty (206 BC-AD 220), ginseng is reported to have “circulated blood around the body and prolonged life when eaten for a long period of time.”

Modern science technology has also been able to prove the numerous health effects of ginseng through clinical trials. Experts recommend ginseng especially during seasonal changes when the immune system weakens because of temperature fluctuations.

“Ginseng has the ability to improve one’s immune levels and fight off fatigue,” said Lee Dong-kwon, a pharmaceutical professor at Sungkyunkwan University and chairman of the Korea Society of Ginseng.

“It also helps patients fight cancer. Nowadays, our immunity is so vulnerable to fine dust and changing temperatures, and that’s when ginseng works as the best food for good health.”

As some people are put off by the plant’s bitter taste, numerous ways have been introduced to better meet people’s tastes. One method is brewing ginseng tea the way Mr. Jung does every morning, which can take away the bitterness even more when one adds honey. “Honey helps cover the strong smell of ginseng, and it’s easier to drink it that way,” said a Mr. Kim, who also drinks ginseng tea every day. “I haven’t caught the flu since I’ve started drinking ginseng tea.”

Foreigners are also eyeing the healthy and tasty herb. Professor Lee and a team of researchers opened the Asia Conference on Pharmaceutical Science in Vietnam on Oct. 7, 2016, with a seminar on the clinical values of brewed ginseng tea.

The Korean Ginseng Center, another major ginseng association, held a “Ginseng Party” on Nov. 12 in Mapo District, western Seoul, where participants could ferment their own ginseng liquor and taste dishes made with ginseng. Some 30 foreigners took part.

Brad, a participant from Canada, said the “ginseng really went well with the party, even though it’s a health food. I especially liked how the unique smell and taste made a very exotic atmosphere.”

Food and beverages at the gathering were made to suit foreign tastes, such as Gimpo ginseng beer, a ginseng chicken breast sandwich and ginseng mushroom salad. The selection was very popular.

“We hope foreigners come to know that ginseng is not only helpful for the body but also useful for cooking,” said Ban Sang-bae, chairman of the Korean Ginseng Center.