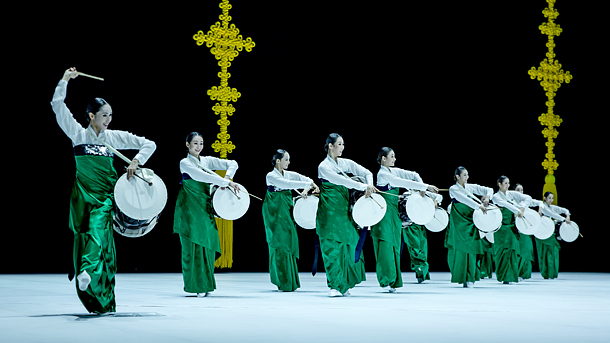 “The Banquet,” a traditional dance with a modern twist, by the National Dance Company of Korea will kick off its four-day performance at the National Theater of Korea next month. See TRADITIONAL PERFORMANCE. [NATIONAL THEATER OF KOREA]

Feb. 10: Famed guitar player, Joe Satriani, is holding a concert in Korea. The guitarist has been well-recognized by listeners and musicians from all over the world, and many fans were excited when news of his visit to the nation came out. This concert is a part of the “Surfing to Shockwave” world tour, celebrating the release of his most recent regular album “Shockwave Supernova.”

Feb. 10-11: Finnish conductor Jukka-Pekka Saraste will conduct the Seoul Philharmonic Orchestra, one of the most famed orchestras in the nation, at this upcoming concert. The show kicks off with Finnish composer Jean Sibelius’ “En Saga, Op. 9.” Australian Violist Brett Dean will then join the stage to give a viola concerto. Beethoven’s Symphony No. 4 in B-flat major, Op. 60 will bring a splendid ending to the performance. This piece might be one of Beethoven’s smallest symphonies, but it is also known as one of his most cheerful and brightest.

Conductor Jukka-Pekka Saraste began his musical career as a violinist before being trained as a conductor by conductor Jorma Panula at the Sibelius Academy in Helsinki. 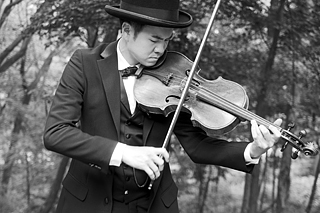 Feb. 14: Violist Richard Yongjae O’Neill is holding a recital to commemorate the release of his first new album in four years, “British Viola.” The new album consists of British composers’ music, while it is especially notable that a viola concerto is included for the first time.

Mar. 4: Legendary tenor Jose Carreras is visiting Seoul as a part of his final world tour. Carreras is known to have devoted his life to music for almost 50 years.

The tenor made his debut in 1970 at age 24, gaining international fame as he went on with his career. He became so popular that he played the lead role in 24 operas only four years after his debut. Amid his glorious days, however, came the unexpected disease of leukemia in 1987. He fortunately managed to fully recover, returning to the opera scene after a few months.

Korean Symphony Orchestra is to share the stage with Carreras while David Gimenez joins as the conductor.

Feb. 4 to Mar. 12: Sergei Rachmaninoff is known to this day as a highly skilled musician. This musical, on the other hand, lets the audience follow his daily life and struggles, rather than his well-known glorious stories.

The musical revolves around Rachmaninoff and his psychiatrist Nicolai Dahl. Spectators will get to enjoy not only the absorbing storyline but also a rich selection of classical music.

The performance starts at 8 p.m. on weekdays; 3 and 7 p.m. on Saturdays; and 2 and 6 p.m. on Sundays. There is no performance on Mondays.

To Feb. 26: The popular musical based on Korean history is back. The setting is the 1900s, when Korea is about to lose its national sovereignty to Japan and 30-year-old Ahn Joong-geun, one of Korea’s most well-known independence activists, is determined to commit himself to the independence movement. 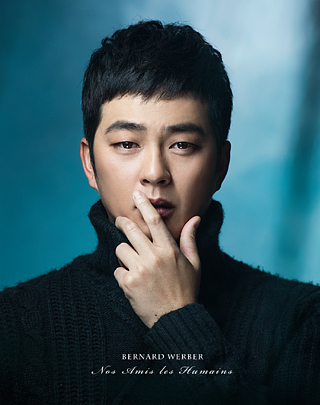 To Mar. 5: A novel by one of the most beloved foreign authors in Korea, Bernard Werber, takes the stage in the form of a play. The book “Our Friends, the Humans” follows a storyline in which a man and a woman find themselves trapped inside glass walls, and work to solve their mysterious predicament. Is this heaven? Are they being aired on a reality show? Like a lot of Werber’s other stories, this piece will provide viewers with a new perspective on human beings.