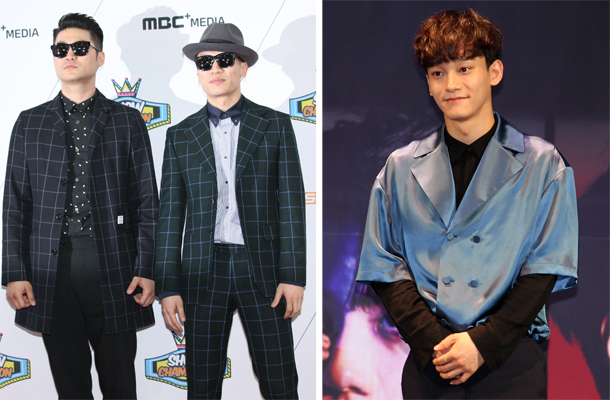 The new collaborative single “nosedive” by hip-hop group Dynamic Duo and Chen from boy band Exo soared to the top of the charts on Tuesday.

The song came about as a result of a new music project called Mixxxture by record labels Amoeba Culture and Loen Entertainment. The companies said they hoped to introduce new music by combining artists from differing genres, and would periodically make new releases similar in vein to SM Entertainment’s popular music brand Station.

“It would be nice if this song can give strength to anyone going through hard times,” said Chen. “I hope people will listen to this song and feel themselves get warmer this winter.”

The single came out on top despite tough competition from singer Suzy, who released her latest single “Yes No Maybe” on the same day, and various songs from the soundtrack of tvN drama “Guardian: The Lonely and Great God,” which has been dominating the charts in recent weeks.