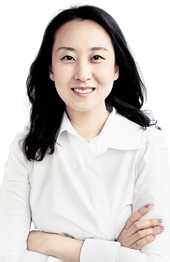 Julie Kang has been appointed the first female CEO of Serviceplan Korea, a local unit of global advertising agency Serviceplan Group, which was founded in 1970 in Germany.

“Not only is it a great honor to be the first female CEO, I am also privileged to be the first Korean CEO of this outstanding local team,” said Kang upon her appointment. “We will continue to expand as a differentiated ad agency seeking new and cutting-edge digital capabilities while remaining steadfast in our ‘think global, act local’ ideals.”

In 2009, Kang joined Serviceplan Korea, which then was named Liquid Campaign, as a director to manage domestic relationships with global companies such as Ikea, Absolut and BMW. Last year, she led marketing campaigns for domestic start-up DOT, a braille watch developer, and won numerous international awards.