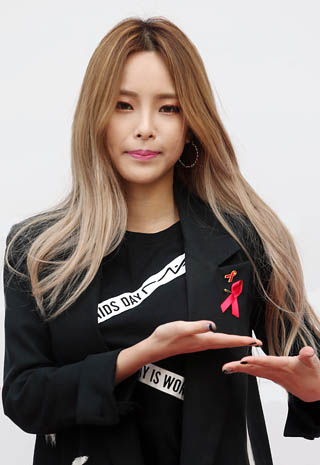 CJ E&M released an official apology amid controversy surrounding the recent release of the song “Round and Round” sung by singer Heize, which was used as the theme song for the widely popular tvN drama “Guardian: The Lonely and Great God.”

The company has been the target of criticism after the song was not officially released by the original singer, Han Su-ji, who instead was featured on another version recorded by Heize. Netizens have been questioning whether there was a need to record another version if the song was already recorded by a singer whose voice had been much loved by fans of the series.

Although the company apologized for causing the issue, they attempted to provide an explanation for their decision.

“When this song was chosen as the theme, we enlisted Han due to her fantastical voice in order to record just the first 50 seconds of the song,” they said. “However, the writer of the song, Nam Hye-seung, requested since the beginning that the full song be sung by another vocalist.”

The company further explained that ordinarily, theme songs specifically recorded for use on television are not separately released.

Meanwhile, singer Heize released her own official statement regarding her stance on the issue, saying she “did not steal anything from anyone,” and that she originally recorded the entire song only to find out later that the original singer was mixed into the version that was released.