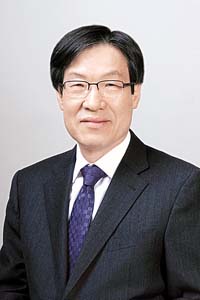 Kwon Oh-joon, CEO of Posco, will lead the nation’s largest steelmaker for another three years.

The company held a board of directors meeting Wednesday at its office in Gangnam District, southern Seoul, and voted unanimously to extend Kwon’s term.

The board had screened the eligibility of Kwon serving another term by forming a CEO recommendation committee comprised of six outside executives from last month. The committee and the board both approved of the extension.

To officially retain the CEO title and begin another three-year term, Kwon needs to earn final approval at a shareholders meeting scheduled on March. 10.

While industry insiders had assumed Kwon would be reappointed because the company’s performance improved during his term, his reported involvement in the influence-peddling scandal related to President Park Geun-hye remained a wild card.

Kwon has been investigated about whether he tried to strong-arm a small advertising agency that acquired Posco’s in-house ad agency Poreka to relinquish its shares to Cha Eun-taek, a former TV commercial director who had a close relationship with President Park’s controversial friend Choi Soon-sil.

“The committee in charge of the CEO recommendation concluded that speculation on Kwon’s involvement in the scandal is either groundless or not a reason for disqualification,” the company said in a statement Wednesday. “Also, Kwon had greatly improved Posco’s performance by pushing forward a strong restructuring.”

The lowest ever debt-to-equity ratio of 17.4 percent, based on data from the end of last year, was another factor. So too was the company’s share price, which jumped 55 percent last year.

“As the screening process has been under independent and objective verification, we hope the decision to reappoint Kwon as CEO can free Posco of any speculation [related to the Choi scandal],” said Lee Myoung-woo, chair of the board.

On the same day Posco released its consolidated earnings report for last year. It posted 2.84 trillion won in operating profit in 2016, jumping 18 percent year on year, boosted by improved performance of its overseas operations such as in India.

Revenue shrank by 8.8 percent to 53.08 trillion won due to tight restructuring by the company. Net profit went into the black last year to reach 1.05 trillion won after the company posted its first-ever net loss of 96.2 billion won in 2015.