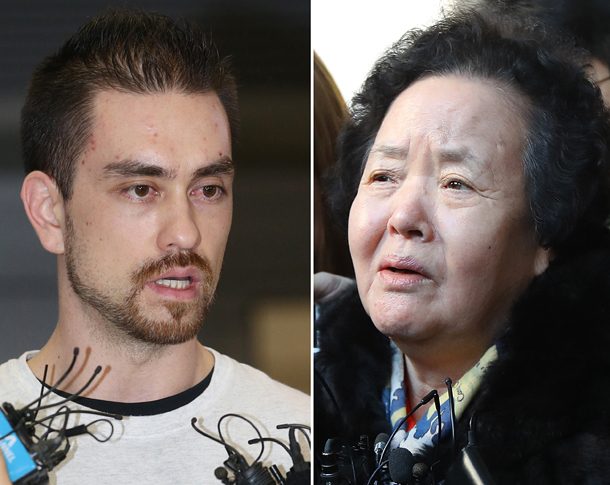 The Supreme Court of Korea on Wednesday drew its final verdict on the high-profile Itaewon murder case that took place two decades ago, upholding a 20 year prison sentence for U.S. citizen Arthur Patterson.

Patterson, now 37, was found guilty of fatally stabbing Hongik University student Cho Jung-pil, then 22, at around 10 p.m. on April 3, 1997, in a Burger King in Itaewon District, central Seoul.

Cho was found dead in the bathroom of the fast food restaurant, stabbed nine times in his neck and chest.

“The previous ruling that the fact that the defendant killed the victim has been fully proven is justified,” the top court declared. “There is no room for any reasonable doubt that Patterson stabbed the victim Cho with a knife and killed him.”

A 20 year prison sentence is the maximum punishment possible for the defendant because he was a minor under the age of 18 at the time of the crime, the court said. At the time of the murder, Patterson, who was born in December 1979, was 17 years old.

Patterson and his Korean-American friend Edward Lee, then 18, were in the restaurant at the time of the murder and each blamed the other.

Lee was originally convicted for the murder in 1998 but was later acquitted by the Supreme Court, which ruled that there was insufficient evidence to conclude that the murder had been carried out by one man.

Patterson was also originally convicted of charges of possessing an illegal weapon, the knife used for the murder, and attempting to destroy evidence, and sentenced to 18 months in prison. But he was granted a special pardon on Liberation Day in August 1998 and left Korea the following year, taking advantage of the prosecution’s failure to extend his travel ban.

The success of the 2009 film “The Case of the Itaewon Homicide,” which resulted in a public outcry for justice, as well as complaints from Cho’s family, finally prompted a new investigation into the case.

In 2011, the Seoul Central District Prosecutors’ Office indicted Patterson for murder and began extradition proceedings in collaboration with U.S. officials.

Patterson was extradited to Korea in September 2015 to face charges in a renewed investigation.

Prosecutors took advantage of new evidence, forensic technology not available in the initial investigation and additional testimony implicating Patterson, such as his alleged admission of the murder to a friend.

Lower courts ruled that Patterson murdered the victim, a complete stranger, in a horrifying method and for over 19 years did not show any repentance, shifting the blame onto his accomplice, Lee.

Lee was said to have encouraged Patterson to “stab anybody” on the day of the murder. The court said that these two told friends afterward that they “stabbed someone for fun.”

But because the top court ruled Lee was not guilty because of a lack of evidence in 1999, he cannot be punished a second time.

“I still remember when the ‘not guilty’ verdict was announced 10 years ago,” said Lee Bok-su, the 75-year-old mother of Cho, who wept after the final ruling at the Supreme Court in Seocho District, southern Seoul. “At that time, my vision darkened but now that the culprit has been revealed, my heart is at ease thinking that any regrets that Jung-pil, up in heaven, may have are finally resolved.”