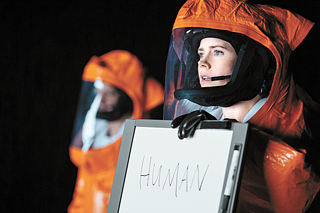 Unidentified flying objects touchdown on 12 different locations on Earth. Linguistics professor Louise Banks, played by Amy Adams, receives military clearance to join a US Army team at one of the landing locations in Montana. She is tasked with deciphering the language of the aliens, and to commence communications with them. Theoretical physicist Ian Donnelly, played by Jeremy Renner, is also on the team to aid Professor Banks in her attempts.

Through regular interactions with two aliens aboard spaceship, the team led by Professor Banks start compiling a record of the alien’s language, a series of hieroglyphics. Tensions rise around the 12 locations scattered across the globe, due to misinterpretation of the hieroglyphics, and Professor Banks is in a race against time to decipher the aliens’ message before tensions break out.

“Lion” tells the story of a five-year-old Indian boy Saroo, played by Sunny Pawar, who suddenly falls asleep onboard a train whilst waiting for his older brother Guddu, played by Abhishek Bharate. Waking up in Calcutta, a few thousand miles from his hometown all alone, Saroo calls out for his brother and mother to no avail, with only his brother’s name and a vague name of his hometown in his memory. For months, Saroo wanders around parts of India until he is sent to an orphanage. There, he is adopted by an Australian family and travels to Tasmania, Australia.

25 years later, now an accomplished graduate student Saroo, this time played by Dev Patel, leads a prosperous life until he meets some Indian friends by chance. Memories of his childhood suddenly strike him and leave him in confusion, while the possibility of his mother and his brother Guddu searching for him plagues his mind.

A friend told Saroo that Google Earth can locate just about anywhere in the world, and Saroo promptly starts off to find his way back home. 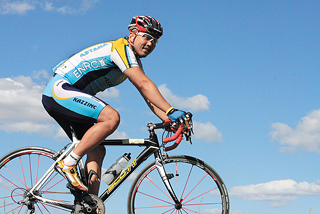 “Le Tour: My Last 49 Days” follows Yun-hyeok, playing himself, who was diagnosed with a rare cancer at the age of 26. An amateur bodybuilder who prided himself on being healthier than everyone else, dreamed of becoming a physical education instructor, he is suddenly struck by the news, with the words “Why me” floating around in his head.

With only three months until his imminent death, Yun-hyeok stops receiving treatment after two surgeries and 25 chemotherapy sessions, and realizes that he cannot let his life end this way. Yun-hyeok, to whom cycling was the love of his life, sets off to France with one final goal of his life, and the dream of all cyclists - completing Le Tour de France.

Critics have rated this Lim Jung-ha directed documentary as average, but audiences have given this documentation of a heart-warming 49-day ride extremely positive reviews. 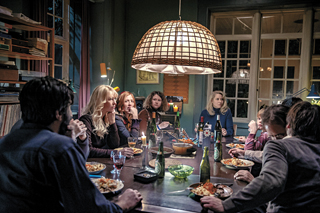 Partly inspired by former Oscar nominee writer Thomas Vinterberg’s childhood experience growing up in a hippie commune in 1970s Copenhagen, “The Commune” starts off as a married couple Anna, played by Trine Dyrholm, and Erik, played by Ulrich Thomsen, a local television newsreader and a university lecturer respectively, inherits a gigantic family home from Erik’s late father. Anna suggests they invite friends and acquaintances to move in with them, thus forming a commune.

Close friendship and love between the residents spells out an amicable atmosphere in the commune until one woman comes along, rocking the commune to its core.

This Danish film about life on a commune was well received at the Berlin International Film Festival, as it competed for the Golden Bear, while lead actress Trine Dyrholm won the critics over with her astounding performance and won the Silver Bear for Best Actress. 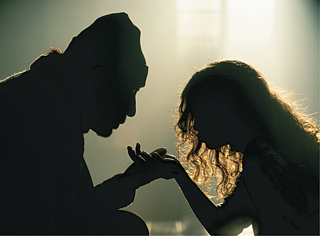 Rani Mukerji plays Michelle McNally, an 8-year-old girl to whom the world is pitch black and totally silent. Brought up by her overly-protective Anglo-Indian parents, Michelle is unaware of the real world. Becoming increasingly violent and volatile, the McNally family all but give up on their oldest child when they give birth to Sara, contemplating whether to admit Michelle to an asylum. That is until they hire Debraj Sahai, played by Amitabh Bachchan, a teacher for children with special needs.

With his eagerness and tenacity, Debraj finally opens the doors to the real world for young Michelle. Through his involvement in her education, Michelle develops and grows, and learns to give up her violence.

Then one day, Debraj suddenly leaves Michelle without notice. Stranded and all alone, Michelle looks for her teacher, while her advances into the real world doesn’t stop.

This heartwarming story of teacher and student was well received in India during its initial release, receiving numerous awards. It is widely regarded as one of the best Indian films of 2005.

The Sound of Music (All)

The fifth highest grossing film of all time, winner of five Academy Awards, two Golden Globes, and loved even decades after its release across the globe, “The Sound of Music” returns to Korean theaters for the fourth time.

Maria, played by Julie Andrews, is a young woman who fails in numerous attempts to become a nun. When Georg Von Trapp, played by Christopher Plummer, writes to the Austrian convent looking for a governess to take care of his seven children, Maria is sent to the household.

Initially rejected by the seven Von Trapp children, Maria wins their affection through teaching them how to sing. Not only that, Maria also finds another admirer in Von Trapp, the captain himself. Plagued by inner conflicts between becoming a nun and loving Von Trapp, Julie decides to leave the happy household back to return to the convent. 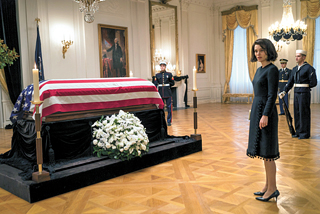 “Jackie” brings us back to when the United States was in shock after President John F. Kennedy was assassinated. The film unfolds from the view of First Lady Jacqueline Kennedy, played by Natalie Portman, depicting her struggle dealing with the incident.

Jacqueline Kennedy was known as the icon of poise and dignity, but the elegant lady was left to face mental turmoil when her husband was shot sitting right beside her. Without any chance to ease her sadness, she had to immediately prepare for his funeral, which required much composure.

No longer the First Lady, Jackie had trouble maintaining her husband’s legacy at the White House, but soon realizes that she’s the only person that can wrap up his time in office.

Critics have praised the performance of Natalie Portman, who is most known to Korean audiences through her role in the film “Black Swan” (2010).