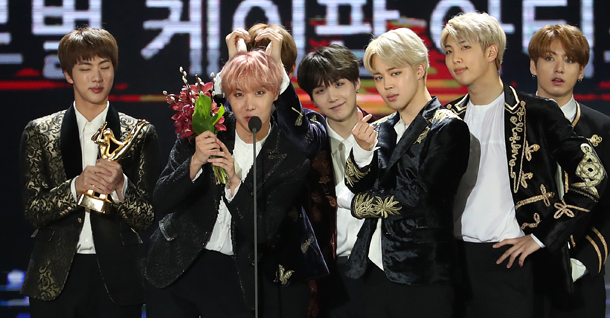 After the announcement of the release date on Monday, fans have been waiting in anticipation for the new record, which comes out on Feb. 13.

Particularly, the pre-order bonus will include the album, a poster, and mini cardboard cut-outs of the band members, and will only be available for fans that place pre-orders before Feb. 1, leading to the temporary downtime of Synnara on Wednesday at noon, when the sale went live.

The group’s record label Big Hit Entertainment said that upcoming record is a continuation of their wildly successful record “Wings,” which sold 7.5 million copies after being released last October. The group made headlines after their album debuted at 26th on the Billboard 200, the highest chart record achieved by a Korean artist.

After the release of their upcoming record, the group will continue their ongoing concert tour series with “2017 BTS Live Trilogy Episode III: The Wings Tour in Seoul.”