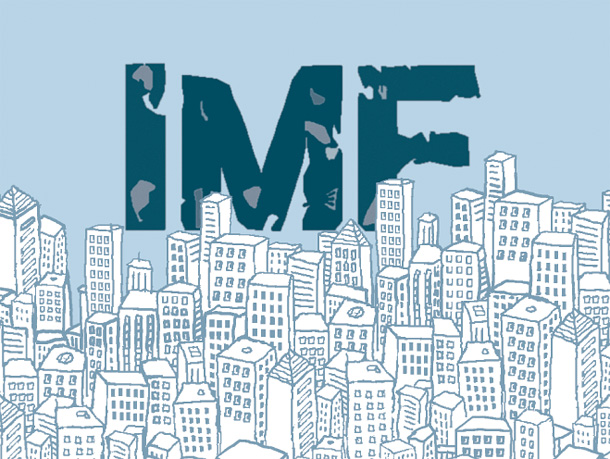 Recent data suggests that in terms of unemployment, bankruptcies and declining exports, Korea’s economy is in worse shape today than it was before the 1997 IMF crisis.

But this time around, the United States and other Western countries have far weaker economies and growing economic nationalistic agendas suggest that getting a bailout will be difficult. Any large-scale loans, judging from what happened in Greece, will come at tremendous cost to sovereignty.

If we look at the question of liquidity, it seems that a foreign bailout would most likely come from China — and at the very moment that China is enraged with Korea’s decision to deploy the Thaad missile defense system. That would be a tough deal to reach, even for the best Korean negotiators.

But there is also the distinct possibility that there will not be any foreign bailout that is politically acceptable to Koreans. That might mean Korea will have to create its own capital and its own reform.

But to my amazement, there is no discussion in the Korean media about how Korea is going to respond to this crisis. The time has come to break the taboo and start an open discussion about what Korea will do and how we will reform the entire Korean economic system.

First and foremost, banks should be highly regulated, very predictable and extremely boring. Speculation and quick profits should be actively discouraged by law. Elaborate financial instruments make regulation difficult and they open the door to manipulation.

We need to make sure that regulators of banks are capable, inspired and highly motivated men and women — and that they have the authority to make sure that banks follow strict rules on the use of their reserves. We need to create a new class of regulators, and I hope that they will be young and ambitious and free to make decisions without their elders pressuring them. We need to go back to the original Confucian system and have young people take exams as a form of higher service to the nation. The exams should not test facts but demand the taker provide solutions to difficult problems based on ethical principles. We need civil servants who are proud of their high standards and are not easily corrupted by the large amounts of money flowing through the system.

Deciding who to lend to should be determined through ethical consideration of the long-term interests of the nation as a whole. This concept may seem quite alien, but I would hold that if public officials are properly educated and given the mandate to make decisions on their own that we can create such a culture again.

We must also reconsider who money is lent to, and why it is lent. For example, lending billions of won to build a factory may be important, but offering tens of thousands of small loans that allow young people to start their own businesses is even more critical. Such small-time entrepreneurship is where the new industries for the post-crisis period will emerge.

Long-term investing is essential to creating stability and the longer-term the loans the better. If banks can provide loans for 30 to 50 years to develop critical technology and infrastructure, that policy will bring new stability to the economy and assure that Korea can develop superior products that would be impossible in other nations. Of course, such long-term loans should only be made for projects that have clear relevance and social impact. The political power and influence of the person applying for the loan should be less important than the impact on Korea as a whole of the loan.

Agriculture should be a big part of long-term investment policy. Although agriculture was core to the Confucian economic system, we have ignored it in recent years. We have forgotten that soil is worth more than gold, allowing precious farmland to be eaten up by housing developments, factories, highways and chemical dumps.

But climate change has altered everything completely. A research team headed by Bernhard Schauberger of the Potsdam Institute for Climate Impact Research estimated that rising temperatures will reduce corn, wheat and soya production by as much as half over the next century in the United States and elsewhere.

Increasingly, Korea will not be able to rely on imported food for its needs. Banks should play a central role in funding long-term efforts to create organic, high-efficiency farming system that is designed to respond to the tremendous challenge of farming in a warming climate. Not only will Korea’s security be assured by this investment, the rural economy will recover its vitality, and farming will emerge as a significant source of jobs for youth.

In our highly deregulated economy, we have assumed foolishly that it does not matter where the money comes from, and this assumption, which Koreans in the 1960s and 1970s would never had made, encouraged the use of money from the Middle East and elsewhere as a means of stimulating the economy. Such policies have taken the Korean economy out of the control of Koreans and distorted growth. It will be critical for banks to start building up capital locally from individual citizens via stable, long-term government-guaranteed savings programs and severely limit the use of foreign capital to carefully regulated projects.

Finally, we should offer microfinance with very specific policies in mind. Just as China is currently subsidizing the use of electric cars, banks should offer low interest-loans for those who want to insulate their homes, use solar panels, buy an electric automobile or restore farmland. Low-interest loans can help guide society in a healthy direction and make sure that the wealth of the nation is equally distributed.