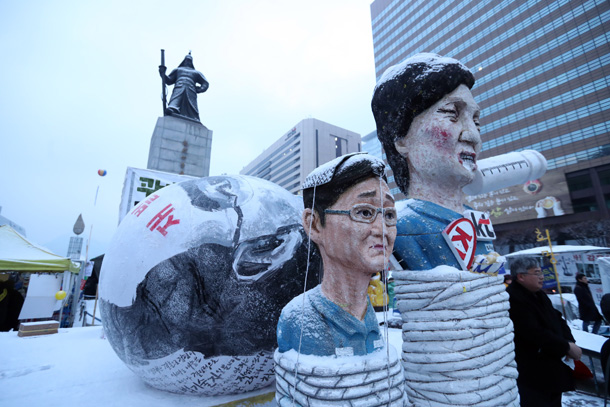 In Korea, both the president and national football team manager commonly have a very short cycle of enthusiasm and disillusionment. When the current manager, Uli Stielike, led the team to second place in the 2015 AFC Asian Cup, he was praised as a “god.” But when the team lost to Iran in October 2016, he faced calls to be sacked as his “bubbles have burst.” Even if Manchester United manager Jose Mourinho or Manchester City manager Pep Guardiola are brought in, can the Korean team easily defeat Iran?

President Park Geun-hye is in a similar situation. After having been praised as the first female president — and the first to win a majority of votes since 1987 — she is on the verge of being impeached. While the Constitutional Court’s decision is yet to be made, the early presidential election is considered a fait accompli, and politicians are engrossed in seizing the office. What’s more crucial than “who” becomes the next president, though, is whether the next president can succeed.

We are already concerned about the next president because the successor will take the nation in the worst possible situation. No matter who becomes president, the opposition will hold a majority in the assembly. Despite the president’s executive power, he will be powerless without the backing of the National Assembly. The next president cannot push for any bill without the approval of the opposition. In the past, President Roh Tae-woo faced a similar situation, so he went for a three-party coalition.

But in today’s politics, the political reshuffle initiated by the boss is nearly impossible. To bring around opposition lawmakers into the ruling party, it is necessary to guarantee party nomination for the next general election. But who can guarantee that these days?

In the end, a coalition is a more realistic option than a merger for the next president. But such an alliance can easily be broken as an election approaches. As the next legislative election is scheduled for June 2018, internal discord will surely escalate even after a coalition is established.

In the case of an early presidential election, the president-elect will take office the day after the election without a transition period. The new president takes over, but the cabinet members appointed by Park will still be in office.

Confusion in public offices is also inevitable. If any of the ministerial-level candidates fail to pass the confirmation hearings, the officials in the current administration may have to serve in the new government for a while. The golden time of the beginning of the administration could be wasted.

As the presidential election is unfolding into a multi-candidate contest, the winner could have 30 percent of votes for the first time since 1988. It would be a vulnerable situation when there are far more voters who did not vote for the president-elect than those who voted for him. From the next administration, movements calling for the president’s resignation could be ongoing.

These events are not in the distant future. We may face them in a few months. There isn’t enough time to discuss ways to prevent such a loophole, but our politicians are only focused who seizes power.


*The author is a deputy political news editor of the JoongAng Ilbo.