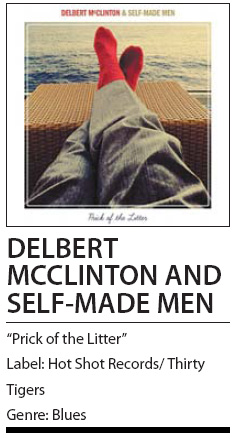 Few singers illustrate the gulf between live and recorded music better than Delbert McClinton, whose gruff voice and blues-infused rock have always sounded best in a beer-splashed nightclub.

But McClinton, now 76, also plies his trade in studios, and while his latest album won’t win converts like his live shows, it sure won’t hurt him.

McClinton has always blended influences, from Texas roadhouse blues to gumbo-flavored jazz to rhythm and blues. Here he nudges things in a new direction, toward the crooner stylings of singers like Johnny Mercer and Nat King Cole.

Whether confessing that he left his heart in San Miguel or playfully explaining why he gave up meat for salad and jazz for ballads, McClinton always looks to surprise. His bandmates do, too, backing his catchy hooks with exceptional musicianship, from the gentle electric guitar that adorns “Middle of Nowhere,” the album’s best love song, to the trombone solo in “Rosy,” the album’s optimistic closer. AP