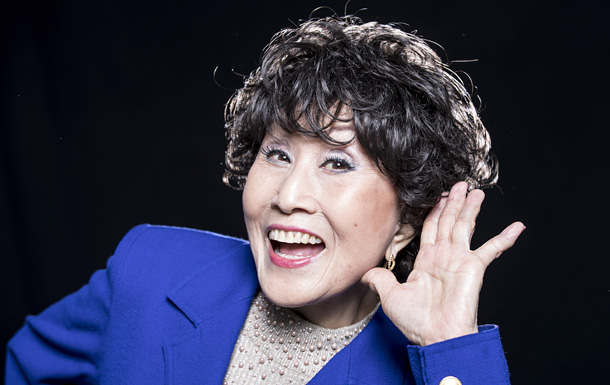 Producers of Korea’s popular girl groups and boy bands invest a lot to take the groups abroad, first to neighboring countries like Japan and China, and, finally, taking a shot in the U.S. to make a name there. Producer J.Y. Park is especially known for his multiple attempts to send some of his K-pop groups abroad. The closest he got in succeeding was probably with the Wonder Girls, who joined the Jonas Brothers’ concert tour in 2009 as an opening act, making appearances on talk shows and filming a movie as well.

But there was a Korean girl group - a trio to be exact - who went to the U.S., and became an instant hit: the Kim Sisters.

In January 1959, the Kim sisters, composed of two sisters Kim Sook-ja and Kim Ai-ja and their first cousin Kim Min-ja, who were then 20, 21, and 22 respectively, got on a plane to Las Vegas. Singing popular cover songs like “Try to Remember,” “Danny Boy,” “Charlie Brown,” as well as dancing and playing different musical instruments, the three girls mesmerized American audiences.

After only nine months, the girls appeared on the popular “Ed Sullivan Show” in September of the same year, and about 20 more times after that. Two girls, Sook-ja and Ai-ja were daughters of Lee Nan-young, one of Korea’s most popular divas before the 1950-53 Korean War, best known for her song, “Tears of Mokpo,” and her husband Kim Hae-song, Korea’s famous music conductor. Min-ja was Lee’s niece and daughter of Lee Bong-ryong, also a famous musician.

Despite their huge success, the Kim sisters are not well-remembered by the people of today. Fearing that the Kim Sisters would go unremembered in Korea’s music history, director Kim Dae-hyun created a 70-minute long documentary film featuring the trio, titled “Try to Remember.”

In the film, Min-ja, 78, who currently resides in Budapest with her Hungarian husband, tells the tale of the Kim Sisters’ heydays. The film, which served as the opening film at the Jecheon International Music & Film Festival in 2015, was finally released to the public on Thursday, being screened at a small theater, the Film Forum in Seodaemun District, western Seoul.

To hear the details of the Kim Sister’s history, the Korea JoongAng Daily sat down with Kim Min-ja, also known as Mia Vig, on Jan. 23 in central Seoul, while she was visiting Korea to promote the film. Here are some edited excerpts from the interview. 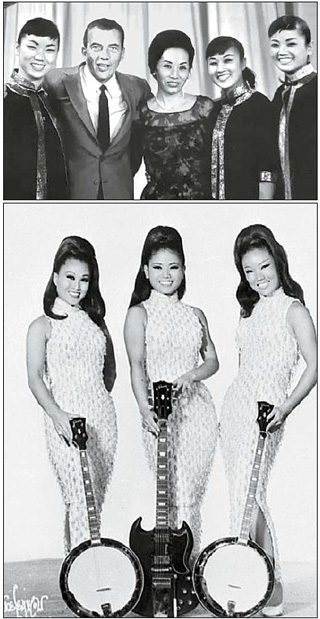 A. It was fantastic. Director Kim did a wonderful job - I know it’s difficult to make a documentary. You have to find the history and the details but that’s not so easy. Both during the filming when he asked me so many questions and after, watching the film, it brought me back to the old days.

While I was being interviewed, I had tremendous flashbacks of my memories - some good, some bad and some sad - that were fading away. It was interesting for me to talk about it after all this time because you don’t really talk about that anymore as life goes on. I was saying things that touched my heart also.

Before your aunt created the trio “Kim Sisters” to send you to the U.S., you three girls were already singing as little girls to the GIs in Korea right after the Korean War. How did that begin?

Back then, Korea was a devastated country. Bombs and fire destroyed everything including our home. To earn a living, my aunt Lee Nan-young, who is the mother of the two other sisters, made us sing American songs to entertain the soldiers. We were really popular. They gave us American goods and we could sell them for food. But as young girls, aged 10, 11 and 12, we didn’t really want to memorize all the English songs. So my aunt bribed us with bananas, saying that she’ll give it to us if we memorized the lyrics. Bananas were really hard to get back in those days so [we were convinced] and bananas became our motivation.

The more we sang, the GIs really liked us and many of them said that we were so talented that we should go to America. They told us that we’ll become big stars there and make a lot of money. Hundreds of them told us that when they went back to the U.S., they would talk to an agent and invite us. But nothing happened for many years and we were really disappointed.

Then when did the opportunity come?

I think some of the GIs really did talk to agents they knew in America. One independent producer, Tom Ball, contacted my aunt saying that he heard about us several times and that he wanted to audition us. We heard this kind of suggestion many times so we weren’t expecting anything. But one day, he really came to Korea to see us. He said he was looking for some oriental acts for his show so he auditioned some groups in Japan and came to see us as well. At that time, there was a popular sister group called The McGuire Sisters. We sang their “Sincerely,” by copying the trio’s harmonies exactly. Ball was amazed and said he would sign us right away for three months. He said if we were well received in Las Vegas, he would extend the contract - if not, we should pack our bags and return home. Luckily, Americans embraced us immediately. On [our] opening night, we sang our first song, and they loved it right away.

Why do you think the Kim Sisters appealed to audiences so much that you appeared on “The Ed Sullivan Show” more than 22 times?

Back in those days, there was no oriental group like us. We were kind of pioneers and the first ever Korean act to sing American songs in English, in harmony, with little dances to accompany the songs. We also played a lot of different instruments. I think they were just amazed to see pretty and young Korean girls singing songs in English, and singing them well.

You also toured around Europe right?

That’s right. We were so popular that we only had [about] two weeks off a year. But we did have fun touring around different countries.

We had an interesting experience in Spain. Back in those days in Spain, it was a very reserved and conservative country. We were filming for a television show and at that time, we were wearing these Chinese dresses with long slits on the sides. While doing the dancing and singing, we showed our legs and then suddenly two seamstresses came running in and started sewing the slits, right down to the end. They were saying that it was forbidden to reveal legs here. In the tightly sewed-up dresses that came down to our ankles, we couldn’t move. But it [ended up being] broadcast. It was hilarious. 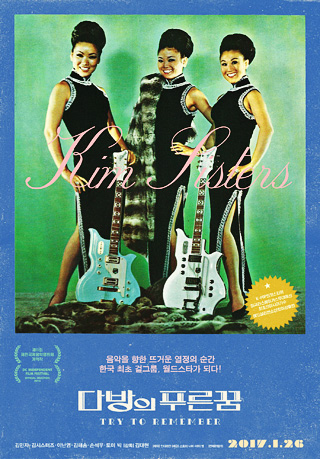 A poster for the film “Try to Remember” by director Kim Dae-hyun. [JOONGANG ILBO]

In the documentary, you girls look so perfect, with matching hair styles, makeup and glittery dresses. Did you have somebody directing you on how to style yourselves?

We just came up with ideas and did it [ourselves.] We thought about what would look good on us that would appeal to the American audience as well. So we had bangs, ponytails and thick makeup. We tried to look sexy and more grown up. When we performed wearing Chinese dresses, we got explosive responses from the audience - since then, we wore that kind of Chinese dresses a lot.

When people are together, you sometimes can’t avoid fighting. Were there any big fights between the Kim Sisters?

Of course we had differences, but we didn’t have a real “cat fight.” We needed each other to have success in a foreign land, and we were always concentrating on rehearsing and memorizing lyrics and learning new instruments that we didn’t really have time to argue. But as we grew older and started to have men in our lives, that’s when we began to have little conflicts.

Is that because your aunt had forbidden you from dating so that you can continue working as the Kim Sisters?

Yes, we were banned from dating like the K-pop stars these days. But she couldn’t stop us and eventually when I married to Tommy Vig, a Hungarian musician and a famous jazz percussionist who were performing at the same hotel as us, and moved to Los Angeles, the group broke up.

Looking back to your heydays, do you have any regrets?

I kind of regret not having a hit record. Back then, we were so focused on touring and making money instantly, that we didn’t really think about recording and producing albums, just promoting them. Our manager also told us that to earn money through a record, it takes forever. But looking back now, you need a hit record to be remembered because records live forever, although the musicians behind it disappear.

Also, when we were famous, we made a lot of money. But we were naive and young that we didn’t really save up. If we did, we would’ve been much more well off. That time, tons of money kept coming in every week and after sending some to Korea for our family, we spent the rest on buying things. We were having a good time buying expensive stuff for ourselves. Money kept coming in and we were naive enough to think that this would last forever.