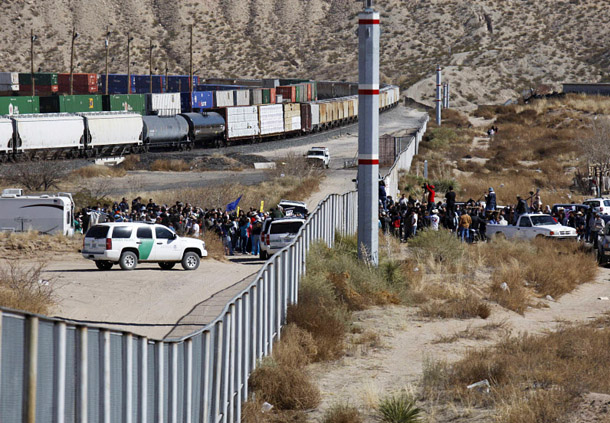 In 1958, Catal Hoyuk, the first human settlement remains, was discovered in Konya, southern Turkey. It is presumed that about 6,000 farmers had lived there circa 6500 BC. The settlement features a unique building structure. Four sides are walled, and the only opening is in the ceiling, which doubles as ventilation and entrance. The layout offers solid defense and draws clear distinction between the occupants and others.

As civilizations developed, the role of the walls expanded to villages and cities. Athenians built fortresses to protect harbors, and the Roman Empire built Hadrian’s Wall to block invasions of “barbarians” from Scotland. But nothing beats the Great Wall of China. Chinese dynasties were afraid of the invasion of Northern nomads and built a fortification stretching over 20,000 kilometers (12,427 miles).

In 3rd century BC, Qin Shi Huang started the construction by connecting existing walls of the states of Zhao and Yan. Reinforcement and expansion continued in the Northern Qi in the 6th century and in the Ming Dynasty in the 17th century.

The longest wall in modern history is the Iron Curtain during the Cold War. From the 1950s, the Soviet Union initiated the construction of the fence along the 7,650 kilometer border with Western Europe. When more than 15 million people left for the West only in five years after the end of World War II, the fence was built to prevent defection. Just like the demarcation line in the Korean Peninsula, the double fences with barbed wire were installed. In urban areas like Berlin, a concrete wall was built.

U.S. President Donald Trump is eager to add a new chapter in the history of walls. On Jan. 25, he signed an executive order to build a wall along the U.S.-Mexico border. He wants to have Mexico pay for the construction of the over 3,000-kilometer-long wall. This is Trump’s Great Wall.

At the same time, invisible walls are also being built. He is threatening companies with border tax to pressure them to relocate factories to the United States.

No one knows how far Trump will go. But there is a lesson to be learned from the history of walls.

A wall is a symbol of fear. It is built to protect one’s possessions. But that does not guarantee safety. The Soviet Union fell apart, and the Great Wall of China was helpless to attacks of Yuan and Qing. Hadrian’s Wall was abandoned.

The fortification did not crumble, but the empire was hit by internal division and economic decline. Genghis Khan said that no fortress is stronger than the soldiers defending it. I wonder what the soldiers standing on Trump’s Great Wall would feel.