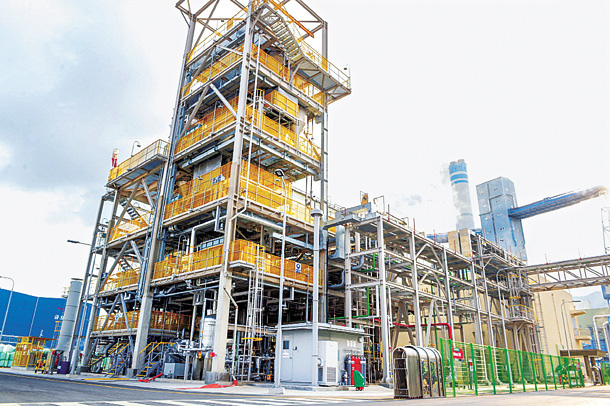 Carbon nanotubes take the form of cylindrical carbon molecules and exhibit extraordinary strength and high electric and heat conductivity. They are used in semiconductors, batteries, auto parts and airplane bodies.

“A carbon nanotube has heat conductivity similar to diamonds and an intensity 100 times that of steel,” a spokesperson from LG Chem said. “It is called a dream material thanks to a wide variety of application potentials.” 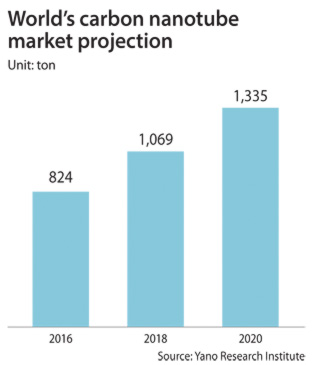 As the material is also used for making lithium-ion batteries for electric vehicles, global demand is expected to increase.

“Our investment is part of an effort to strengthen the company’s basic materials business by developing high value-added premium products,” the company said in a statement.

LG Chem will work to develop competitive carbon nanotubes with more than 10 percent higher intensity and conductivity compared to rivals and penetrate global markets including North America, Europe and China.

Currently the Yeosu factory is running at only one fourth the maximum production capacity, but as sales have begun upon mass production, the company aims to fully operate the factory by the end of 2018.