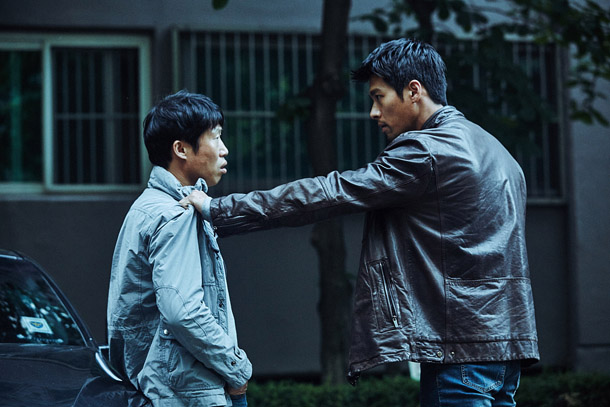 Local action flick “Confidential Assignment” climbed its way up to the top spot over the Lunar New Year holiday weekend, pushing aside “The King.” [CJ ENTERTAINMENT]

“Confidential Assignment” climbed up to grab the number one spot at the box office over the Lunar New Year holiday. The film, which revolves around the partnership between detectives from the North (Hyun Bin) and South (Yoo Hai-jin), sold 2.69 million tickets from Friday to Monday. It has now sold a total of 4.55 million admissions since its release on Jan. 18.

The movie’s total sales are now higher than “The King,” which beat “Confidential Assignment” in their debut weekend. Depicting a man’s (Zo In-sung) ascent to power and descent into corruption, “The King” has so far sold 4.26 million admissions.

Boosted by its popularity, “Confidential Assignment” has been sold to 42 nations, including India, the Philippines and Mongolia, according to distributor CJ Entertainment. Countries that have been confirmed to show the film include Australia and New Zealand (Feb. 9), Hong Kong and Macau (Feb. 16), Taiwan (Feb. 17) and Vietnam (March 3). It was released in the United States last week.

“The star power of Hyun Bin and its story that deals with the division of South and North in an entertaining way have caught the interest of foreign buyers,” said Choi Yun-hui from CJ Entertainment. 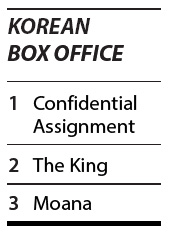 Disney’s animated feature “Moana” rounded out the top three. The story of Disney’s first Pacific Islander princess has sold 1.88 million admissions since it was unveiled on Jan. 12. “Resident Evil: The Final Chapter” came in fourth with the total of 499,000 tickets.

Its director Shinkai Makoto, who vowed to visit Korea when the ticket sales mark three million, will stay in Korea for three days from Feb. 8 to Feb. 10.