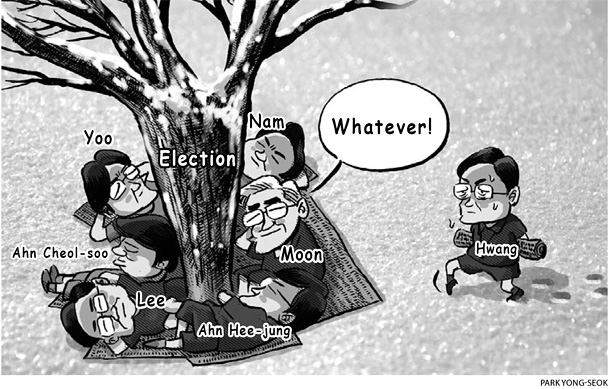 After former UN Secretary General Ban Ki-moon dropped out of the race, Moon Jae-in, a Democratic Party lawmaker and a frontrunner in polls, is convinced of victory in a presidential election that may be held in May, the month of cherry blossoms, even as Prime Minister Hwang Kyo-ahn, acting president, is being pressured to enter the race. Other candidates such as Yoo Seong-min, Ahn Cheol-soo, Lee Jae-myung, Ahn Hee-jung and Nam Kyung-pil are also vying for the election.