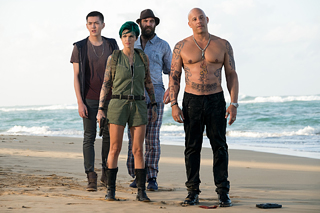 Vin Diesel plays legendary spy Xander Cage, who was thought to be long dead. He comes back to the scene after receiving a mission to continue the Triple X project, formerly led by Samuel L. Jackson, playing the role of agent Augustus Gibbons. Xander Cage gathers scattered elite spy agents from all over the world, and the newly banded elite spy team in the form of Triple X, go on a mission to retrieve Pandora’s Box, a sinister weapon that is putting the whole world in danger.

The first episode of long-running TV anime “Detective Conan” has been remade into a feature film, and will answer some of the mysteries viewers had when the first episode aired, 20 years ago.

This feature is a celebration of the anime’s 20th anniversary, and will again look at what happened on the day the teenage detective Shinichi was transformed into a young boy, the now iconic detective Conan, while investigating a mysterious organization.

The story begins as Shinichi sets up a date with Ran, a normal school girl, at the Tropical Land amusement park. Although the plot will remain relatively unchanged lore-wise, new perspective of the incidents will be thrown in to deliver the series’ exact beginnings.

This feature is directed by Yasuichiro Yamamoto, who has been attached to the series since 1996, when the TV show adapted from the manga of the same name first aired.

The anime has been well received by fans over the years, ranking in the top twenty in Animage’s polls between 1996 and 2001. Animage is a Japanese entertainment magazine. 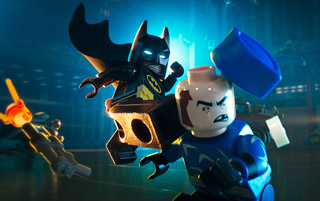 The LEGO Batman Movie (All)

A seemingly uncanny relationship, the match-up between LEGO and Batman experienced unexpected success with its “LEGO Batman: The Videogame” in 2008. It looks to carry on its success to the silver screen with the movie rendition.

Bruce Wayne, commonly known as Batman, known to single-handedly stop crime in the city of Gotham, is a nuisance to Alfred, the butler and valet to the Wayne Manor. Bruce Wayne’s self-centered personality leaves him all alone with no friends or acquaintances.

He unexpectedly adopts Robin, befriends new police chief Barbara Gordon, and suddenly feels that being around others can be an enjoyable experience.

Together with his newly-found team, including Robin and chief Gordon, Batman looks to bring peace to Gotham City once again.

The movie is produced by the producers of “The LEGO Movie,” (2014) which quickly expanded into a franchise, after receiving favorable critical reception.

This tale of teamwork and friendship boasts a rich voice cast, featuring Zach Galifianakis, Michael Cera, Mariah Carey and Jenny Slate, among others.

Christian Grey, played by Jamie Dornan, attempts to rekindle his relationship with Anastasia Steele, played by Dakota Johnson, who tries to pursue a new career in a Seattle publishing house. However, Anastasia craves a relationship that is completely different from their previous one. As Christian shows signs of change and confesses his past, Anastasia slowly accepts him once again, and their passion and love continue from where they left off.

As the movie’s tagline states “every fairytale has a dark side,” there are people who know of the couple’s secrets and past, and threaten Anastasia. The relationship between the two turns tumultuous once again.

Adapted from the novel of the same name, “Fifty Shades Darker” is the second installment in the trilogy, with the first and second novel having topped best-seller lists in the United Kingdom and the United States.

While the first film in the trilogy was a success at the box office, it was criticized by fans and critics alike for its poor adaptation. Fans of the series will be reassured, as both the director and screenplay writers have since changed to James Foley and Niall Leonard respectively. 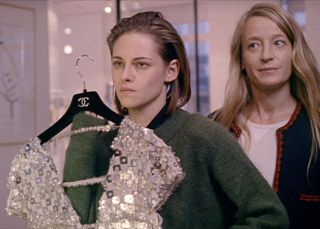 Known to the public as Bella from “The Twilight Saga,” Kristen Stewart plays Maureen Cartwright, a personal shopper in France who grieves the recent death of her twin brother, who died of a heart attack three months prior.

Maureen, believing that the ghost of her brother will be able to communicate with her from the other side, is unable to leave Paris as she awaits the contact, and works as a personal shopper for a celebrity, Kyra. However, her gruesome work and frequent appearance of other malevolent ghosts while attempting to contact her dead brother haunts her.

Things take a sharp turn when Maureen receives a text message from an anonymous sender. Inexplicably, her employer Kyra is found dead right in front of her eyes, and the police classify Maureen as a possible suspect. 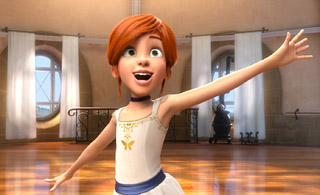 Set in late 19th century France, a young orphan Felicie Milliner, voiced by Elle Fanning, and her close friend Victor, voiced by Dane DeHaan, lives in a small rural village in Brittany. The two kids dream of becoming a ballerina and an inventor, respectively. Realizing that their dreams cannot be achieved in the small town, they conjure up a plan to leave for the city of lights, Paris.

The beautifully animated 19th century scenery of the river Seine, the Eiffel Tower, the Statue of Liberty, and the grand opera house Palais Garnier, all blind the young adventurers, as the glamorous city makes them crave their dreams much more.

Felicie meets Odette, the Palais Garnier’s former dancer and current cleaner, voiced by Carly Rae Jepsen, who guides her to be in contention for the upcoming production of The Nutcracker. Felicie will need to work hard to be up to the level of other dancers, while trying to protect her identity.

Unidentified flying objects touchdown on 12 different locations on Earth. Linguistics professor Louise Banks, played by Amy Adams, receives military clearance to join a US army team at one of the landing locations in Montana. She is tasked with deciphering the language of the aliens, and to commence communications with them. A theoretical physicist Ian Donnelly, played by Jeremy Renner, is also on the team to aid professor Banks in her attempts.

Through regular interactions with two aliens aboard the unidentified object, the team led by professor Banks start compiling a record of the alien’s language, a series of hieroglyphs. Tensions rise around the 12 locations scattered across the globe, due to misinterpretation of the hieroglyphs, and professor Banks is in a race against time in deciphering the aliens’ message before the situation becomes critical.