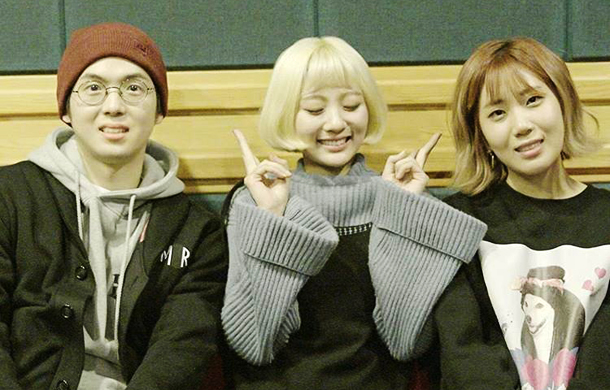 The single “Lost Without You” by rapper Mad Clown and the acoustic duo Bolbbalgan4 debuted at the top of music charts amid tough competition on Friday.

The popular artists managed to score a number one hit with the song on seven major music charts, including Genie, Bugs, Naver Music, Olleh Music, and Mnet.

The lyrics of the song are about the emotional turmoil felt by a couple after a break-up. It was written by the rapper himself, who also participated in the music composition along with the production duo Ye-Yo!

The rapper has been keeping busy with a number of consecutive releases since last year. He participated in his record label Starship Entertainment’s “Vintage Box” project last September, remaking the indie song “So What” by indie group Acourve. He then released the digital single “Lie” featuring singer Lee Hae-ri from vocal group Davichi in November before participating in his label’s holiday single “Love Wishes” the following month.

The acoustic duo is also fresh off of the end of a successful musical year, releasing the two smash hit singles “Galaxy” and “Tell Me You Love Me.” The group will be making an appearance on the MBC variety show “My Little Television” airing today.