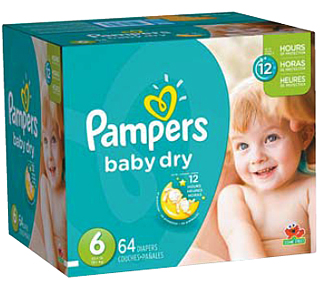 Retailers in Korea have pulled Pampers off the shelves after a report that some of Procter & Gamble’s diapers have been found to contain toxic compounds including dioxin.

A state-run body under the Ministry of Trade, Industry and Energy said on Friday that it will conduct a safety test of the questioned product line Pampers Baby Dry Diapers after a French media report last month said the disposable diapers contained toxic chemicals.

“We will look into the diapers sold in Korea and take further action after the result comes out,” said a representative of Korean Agency for Technology and Standards.

P&G Korea said that the exposure to the chemicals through diapers is significantly less than through food, and not of great concern.

“The chemicals used in the diapers are a minute amount and not causing safety concerns,” P&G Korea said in a statement. “It is lower than the level approved by the European Union, which won’t cause any harmful effect on the body.”

But big discount chains such as Lotte Mart and E-Mart have removed the products from shelves.

Large online communities for moms are flooded with concerns, however, and consumers are posting questions about refunds and exchanges. A translated version of the French report has also been uploaded.

Korean consumers are likely sensitive to the case since it follows a scandal surrounding Reckitt Benckiser Korea’s humidifier. In September, the head of the U.K.-based company apologized after its toxic humidifier sterilizers claimed many lives in Korea.

“I basically have little trust for care products because many of them are known for having toxic chemicals,” said a 35-year-old mother in Seoul. “But mothers expect higher standards for baby products. I think I won’t purchase Pampers again,” she said.

Pampers is the most popular diaper brand in Korea after Huggies.