‘I don’t want to have any regrets next year’

‘I don’t want to have any regrets next year’ 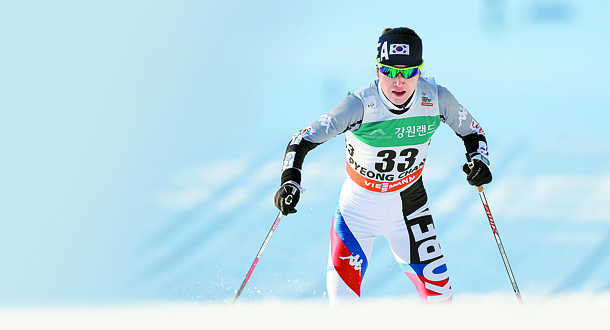 The host city of the 2018 Winter Olympics, located some 180 kilometers (112 miles) east of Seoul, is her hometown. The 35-year-old skier said she is excited to see the Olympics coming to her neighborhood, although she will be under some pressure in front of home fans.

“I do feel some pressure, but since the Olympics will be in my hometown, I’ll be ready to show my best performance,” Lee said Saturday, after the women’s 15km skiathlon race at the International Ski Federation (FIS) Cross-Country World Cup. “If we can see many people here, I believe athletes will be more inspired.”

The FIS World Cup is a test event for PyeongChang 2018, and Lee finished 12th - the best World Cup finish by a Korean, male or female - with the time of 46 minutes and 02.7 seconds. Lee was 2:08 behind the champion, Justyna Kowalczyk of Poland.

“I didn’t know I would do this well,” she said. “I just think I had more energy because people here supported me. Though the world’s top skiers were absent, it’s still an honor for me.”

Lee is considered the face of Korea women’s cross-country skiing. She has been competing in international competitions since 1999 and has won a handful of events in her career, though most of them were low-tier competitions.

Lee hinted that the PyeongChang Games could be her last Olympics after participating in the previous four. She is targeting a top-20 finish in her hometown.

“I’m preparing for the Games as my last opportunity to compete,” she said. “I don’t want to have any regrets next year.”

Lee knows her body is aging, but for next year, she wants to be ready and impress fans.

“I know my body is not like the old days, but I have to endure it,” she said. “Many people are supporting me, and I know I have to show something for them.”

As a veteran, Lee now also thinks about younger skiers who are following in her tracks. She was the only Korean in the skiathlon Saturday.

“We know we’re behind foreign skiers in physique and other areas,” she said. “But we need to work harder and need more support. I believe there will be good days for young skiers.”