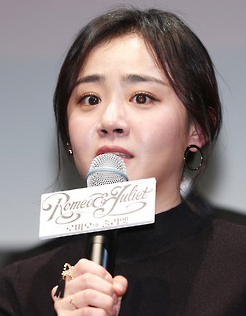 Actress Moon Geun-young, who received an immediate operation earlier last week after getting diagnosed with compartment syndrome, went under the knife one more time later in the week for additional surgery, which went well, according to her agency Namoo Actors on Sunday.

“She is currently recovering and we have to watch her progress,” the agency told local media.

Due to her condition, the play “Romeo and Juliet” that was to take place over the weekend in Daejeon was canceled. Moon plays Juliet in the play.

After experiencing sudden pain in her right arm, Moon visited the hospital on Thursday and was diagnosed with the syndrome. Compartment syndrome occurs when excessive tissue pressure builds up in compartments containing muscles and nerves.

It can lead to permanent muscle and nerve damage if untreated. As the doctor advised, she had to undergo an immediate operation.

The play, according to the production company, will resume, depending on her recovery.