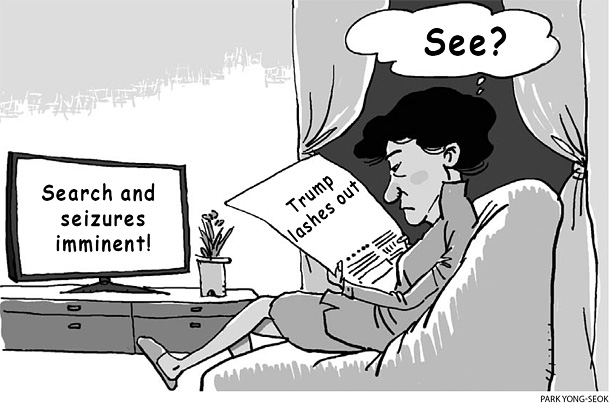 After U.S. President Donald Trump criticized a judge’s ruling putting a stay on his executive order restricting travel from seven Muslim-majority countries, President Park Geun-hye may feel sympathy, as an independent counsel threatens to conduct search and seizures of the Blue House to find evidence of abuse of power.