Generation Axe will make a stop in Seoul

Generation Axe will make a stop in Seoul 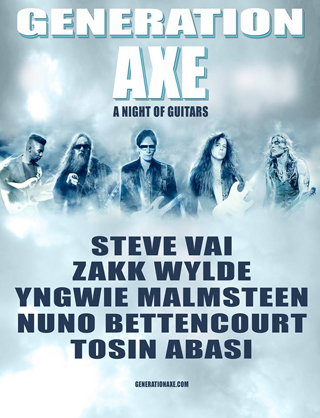 The newly-created super group Generation Axe, consisting of five guitarists, are making a stop in Seoul during their upcoming world tour.

“The Generation Axe show is a unique performance of five fiercely talented guitar players coming together to create a 6-string extravaganza that is sure to amaze and delight,” commented Steve Vai on his official website.

“Generation Axe has been unable to tour until now due to the busy schedules of the guitarists,” said concert planner AIM. “Anyone calling themselves a rock maniac will be unable to miss this upcoming performance.” Tickets for the show will go on sale on Feb. 14 at noon on Interpark. Prices range from 110,000 ($97) to 132,000 won.